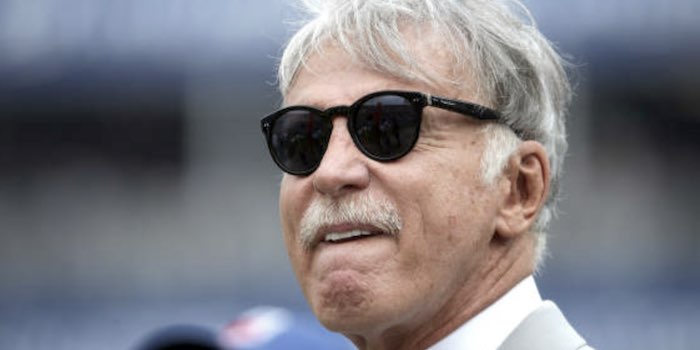 Back in May, the Arsenal Supporters’ Trust (AST) war-gamed a few scenarios that would allow Arsenal to access more cash to help cover short-term costs at a time when matchday revenue has fallen off a cliff and other income is likely to be affected.

Judging by a notice posted on the London Stock Exchange – spotted by eagle-eyed Gunner @SamHarmon27 – the American is taking a different path.

He’s going to restructure the £144 million of debt still owed to bondholders. Yes, contrary to what some people wish to believe, our stadium debt has not been paid off!

On completion of Emirates Stadium in 2006, we refinanced loans used to pay for its construction. £260 million of ‘credit wrapped bonds’ were issued to financial investors as follows:

While a solid decision at the time, by today’s standards, those interests rates are very high. If only we’d known the world was teetering on the precipice of a financial meltdown!

From what the AST can tell, Kroenke has decided to pay off the outstanding money. In doing so before the terms of the original agreement (2029 and 2031) he’ll also have to cover an additional £40 million penalty.

So Kroenke in total is paying off £184 million. Lovely.

However, and we can’t stress this enough, Arsenal will still have to pay off this outstanding debt.

Why? Because Kroenke himself is borrowing money to cover his Arsenal commitment.

He might be loaded, but he’s not so loaded that he buys everything upfront and cash in hand. For example, when he bought out Alisher Usmanov’s shares in 2018 to secure sole ownership of the club, he took a £505 million loan with Deutsche Bank to do so.

When you chuck in the latest commitment, he’s nearly £700 million in the hole.

So how will Arsenal pay Stan the £184 million? Well, Stan basically agrees a repayment plan with himself on more favourable interest rates, more aligned to the current market rate.

The AST estimate that Arsenal should save roughly £20 million a year in capital and interest repayments as a consequence of lower interest.

There will still be interest to pay, we’re just not sure how much and whether it will kick in immediately. Either way, we’ll save some money.

The other benefit of the club owing the money to Stan is that we’ll free up some of our cash reserves. Under the old agreement, we had to keep back £36 million in a bondholders’ debt service reserve account. We’ll now be able to access this £36 million to help cover the costs of running the club.

To give you some context Arsenal’s wage bill is around £232 million a year (probably slightly lower now thanks to those pay cuts). This money should keep us going for a couple of months at a time when we’d usually have an influx of season ticket cash.

As the AST is keen to point out, this debt restructuring process is not going to be a major game-changer (we’re not suddenly Man City or even Chelsea) but there should be some immediate benefits. Which is a relief because without Champions League football and Covid-19 we’re pretty exposed on the financial front.

One final thing. Unless Stan and KSE decide to go public on the terms of the loan, we may have to wait until the end of February 2022 – when the accounts for the year up to 31 May 2021 will be due – to get a clearer understanding.

Big thanks to the AST for their analysis which basically informed this entire piece. You can learn more about their important work and sign up as a member, here.

Until we lose a game and it’s Kroenke out!

Fair play to all who are on top of this and making it clear for the layman, much appreciated !

The AST are very good at this type of thing.

Problem is nobody can do anything about whatever KSE decides. I am afraid our club will be left in tatters by the time Kroenke decides to cash in and piss off. That day can’t come too soon in my opinion. Meanwhile, the fanbase will be discussing trivial things. It’s sad to see us end up in the hands of this man.

Nope, we can’t. But we can be happy and supportive of good things.

Speaking of money, is anyone else truly worried about how far Liverpool, both Manchester clubs and Chelsea can stretch ahead of the rest this Summer? Every other club can’t spend a penny pretty much while these clubs seem to be linked with every player under 22 in the Bundesliga. Should Arsenal fans prepare to be the new Everton? And where do Everton go?

Everton have got our former share holders Farhad Moshiri and Alisha Usmanov spending money on their team and new stadium. Everton will be fine.
I’m much more concerned about our finances and direction.
Although on the face of it this seems like positive news, we won’t really know how much it costs our great club until we find out the interest rate that big and little Enos is charging us.
Is it coincidence that yesterday the club emailed supporters with renewal of membership information. And now today this story is made public???

Sell to dangote..an oil guy…anyone who has money and wants to win…winning is never on the agenda in any of his sports franchises….sell the damn club to someone who cares about winning

Nicely explained Andrew and thanks for the hat tip – A dream come true! When do companies start sending me free stuff?

Whatever we might think of Stan, this is a bold move.

Remembering that it benefits him as well, at last Stan is doing something positive for the club in the financial area! What I do not understand from all of this is why us dummkopfs have been led to believe the yarn over the last few years that the stadium was bought and paid for when it clearly isn’t and we are paying through the nose interest rates on the outstanding balance!

Nobody at the club has ever said the stadium was paid off. A lot of people lazily chose to conflate Gazidis’ claims that we could compete with the likes of Bayern Munich with stuff around debt repayment, when he was actually talking about us having bigger financial muscle thanks to increased sponsorship deals. Back in 2013, Gary Neville also said on Sky that ‘What they need to do now, having nearly paid off their debt, is they need to go now’ – and he was wrong, very wrong. But people just took it as a given that he was right.… Read more »

Thanks for the link. Not seen that before. I think it is an unfortunate fact that football clubs are no longer that but businesses that happen to employ teams to play football. Just as huge money spoilt other sports such as Formula 1, for example, it has done the same to football. There’s no going back now we just have to make the most of it. Still, we can accept that Stan has finally acted to make Arsenal daily life a little easier through the current period of Gunner history.

why is the quality of punditry in football soo soo bad? is it like this in other sports too?

Frustrating how Sky and BT let their pundits just say anything, even if its obviously wrong and not correct or challenge it.

I hate that c#nt Joe Cole for such a rank average footballer he talks is if he was Johan Cruyff.

Once a gunner
Reply to  Diaby's Left Peg

When Michael Owen use to speak rubbish some myopic fans will agree with them, Neville showed us that they don’t know what they say with the Valencia job. Talk is always cheap

2013 is when the TV deal became so big that each of the 20 clubs in the premier league all of a sudden entered the 30 biggest clubs in the world. This blew a massive hole in Arsenals strategy of aiming for 4th place safe in the knowledge that the 16 clubs below were too far back financially to compete. That’s when we saw the club publicly change tack on the clubs financial position with Gazidis and Wenger alluding to previous years good husbandry as having paid off and as said above, some people chose read this as the club… Read more »

This scares me. He’s treating us like a Credit card company extending the overdraft of a broke dude’s card to tempt him to spend more and they make a whole bunch of interest in the long-run. I know that’s a basic way of looking at it but he’s our owner we see Fenway Sports sanction big signings for teams like Liverpool and our guy who has not invested a £1 is now trying to get some yearly loan interest money out of us. I get in the short term we might get a bit more money but this is literally… Read more »

Liverpool is a terrible example. Praising Fenway Sports for investing in the club is absurd. Their net spend is relatively close to ZERO. They literally spent £0mil last summer on new signings. Meanwhile, we spent £72mil on Pepe, £25-30mil on Saliba and £25mil on Tierney (amongst other signings) last summer alone. The truth is, we’ve been able to spend like a Champions League club, but the intelligence & quality of our recruitment has simply been way below Liverpool. That’s why they’ve been steadily rising in the league, and we’ve been steadily declining. In recent seasons, Kroenke has also “sanctioned” €50mil… Read more »

Great point. Not to forget their signing of Klopp himself.

What’s interesting to me is that we still had a stadium debt which has lasted for around 15 years and still managed to stay fairly big in the Premier League.

With the way Tottenham spent big on players and a massive contract for Jose, they will surely fade away with their stadium debt. They don’t seem to be as financially careful as us for this type of situation

Well to put it in perspective Man Utd have a debt much Bigger than ours and they haven’t even got a new stadium. Spurs have a 1billion debt for theirs.
The problem isn’t the (now relatively small) 140mil debt.

With that £36m we can almost buy half of Harry Maguire.

“So how will Arsenal pay Stan the £184 million? Well, Stan basically agrees a repayment plan with himself on more favourable interest rates, more aligned to the current market rate.”

You watch this come back and bite us all in the arse. The Kroenke ownership of Arsenal will not end well. Of that I am certain.

So how did Liverpool get money to buy van dik, Alison, OX, and Mane? Didnt the owner inject some money? Was it a loan that they have to pay back? Same thing with Man city, do they have to pay 1 billion back to the owners? Surely they dont make that much money to pay back. Or is Stan a cheap bastard?

So Kroenke ‘loans’ Arsenal the money so it can finance its debt but we’re still be in debt beholden to Kroenke. What a sweetheart of an owner he is. I hope to God that one day we can rid ourselves of this parasite.

Surprised there was so clause for early redemption within the original loan agreement. $40M in prepayment penalties seems awfully high.