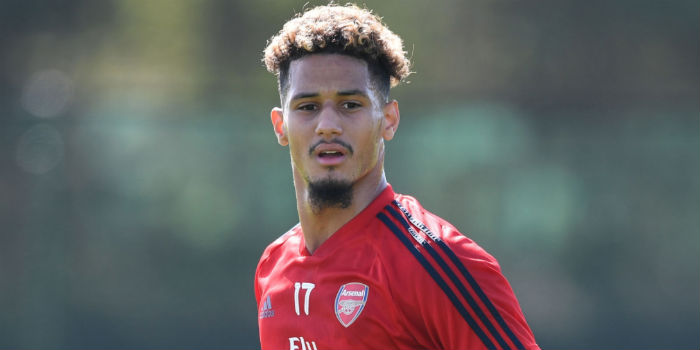 A report this evening in L’Equipe states that negotiations between Arsenal and Saint-Etienne have started again over the William Saliba’s availability for the French Cup Final.

Last week, the two clubs engaged in online tit for tat, with the Ligue 1 outfit expressing dismay at what they called ‘absolutely unacceptable sporting and financial conditions’.

That led to the Gunners releasing a statement of their own, in which they insisted they’d tried to find an accord, but expressed surprise at the unwillingness of Saint-Etienne to agree to their conditions regarding the player’s fitness.

Saliba is now officially an Arsenal player, his loan spell with his former club expired on June 20th, but the complication arises from the fact they play PSG in the French Cup Final on July 24th, a game they want the defender for.

Crucially, it’s a game the 19 year himself is desperate to play in, with the report saying he was unhappy at the idea of missing such an historic occasion with the club he started his professional career with – a perfectly understandable stance for a young footballer.

It’s said that ‘against all odds’ discussions have resumed between the clubs to try and find an agreement which will allow Saliba to feature in the cup final, and a positive outcome is expected.

Saint-Etienne will have to forgo the £2.5m they would have been due had he played 17 games during his loan spell, but that seems to be acceptable to them to have the player for the biggest game of their season.

There are also fitness and injury concerns, but it sounds as if the two clubs will work together to manage those.

Let’s see what happens, but what a nice way it would be for Saliba to leave – helping his club do in the despicable PSG in a final. Go on William!

Hopefully sense prevails, he gets his send off at a cup final, and we get a happy player without having to shell out any money.

Glad we didn’t budge at that 2.5m BS they tried to pull off. Good job Gunners

Best case: the kid gets to play. Wins. Arrives happy with a sense that the club has his best interests at heart.

Poor outcome: clubs can’t get their act together and there’s no final for Saliba.

Worst case: Plays, St. E. loses and Saliba is injured and out for most of next season.

Hoping for the best case scenario for a change.

Happy for Saliba, more than anything else.

As far as I can tell but correct me if I’m wrong, only the covid 19 pandemic prevented St Ettienne from playing Saliba and getting their 2.5 million, i.e. the contract as envisioned by both sides would have seen this happen before 30th June. If thats so then surely the honourable thing to do would be to let that happen anyway. Obviously the medical side is a different matter

This is really sad for the boy. It’s business but missing out on the Coupe de France final will be a blow for the boy whether St Etienne wins or loses. There’s no such thing as free will but it’s difficult not to think is as a bad omen. I’m sure club loyalty will be his priority when Barcelona comes knocking in 3 years…