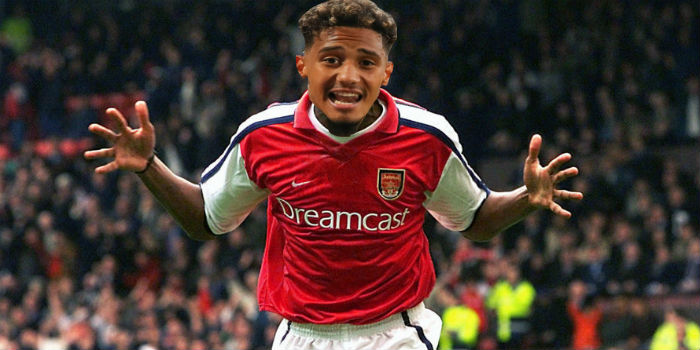 William Saliba is set to inherit the Arsenal number 4 shirt from Mohamed Elneny with the Egypt international moving to number 25 if he stays at the club for next season.

The France under-21 international is due to join up with the Gunners for pre-season after spending another year in Ligue 1 garnering first team experience with Saint Etienne.

Unless you’ve been sleeping under a rock, you’ll also know that we recently came to loggerheads with the French side over an extension of his loan and that the defender will subsequently miss tonight’s Coupe de France final against Paris Saint Germain. He still loves us though.

Elneny will return to Arsenal when the Turkish Super Lig ends this weekend to discuss his future with Mikel Arteta. Besiktas, who’ve had him on loan this season, have previously expressed an interest in retaining his services but we could offer him for sale or loan elsewhere – his Arsenal contract expires in 2022.

Arteta on Saliba’s loan development, and role next season

Left back Kenny Sansom was a number 3 though.

“While you’re up that ladder mate, pass down those two numbers to the right.. we’ll be needing to change those soon”

Would love for Guendouzi to return to the fold and grow as a player but if he’s not capable of those “non-negotiables” then best off if he moves along – and fetches is a tidy profit.

Do not grab the neck of an opponent who injured your keeper is quite negotiable to me.

Well that’s not the only reason he’s being benched. And you don’t even have to read between the lines to see that.
He’s a twat but he’s our twat.

It can’t be only that, because while the club in public would obviously have to condemn it, I would assume that internally there would not only be no penalty, but maybe even respect for such action, at least among teammates.
Maybe it’s just me, but for sure I love to have players at the club who grab opponents that injured a teammate by the neck.
Keown vs United anyone? Against Ruud, wasn’t it?Absolutely loved that.

Would love Guenduozi to stay too, I think what’s been happening is due to youth, he will grow and the head will stabilize

Samson? He saw two magpies on a fence in Harwich. Unperturbed, he walked on down the road, only to see three at the next zebra crossing. A smirk flashed across his face, one for sorrow, two for joy, three for a girl, he thought. No, he had been told.
It was a Saturday after all.
And then. At the corner of Mace park and Ray Avenue, four black birds appeared before him; it wasn’t the drink, it wasn’t the baguette strewn around, it was a sign. It was a sign to change to four.

Was it ever even Elnenys? If you haven’t been inside it then it’s not legally binding right? So really it’s just going straight from Per to Saliba.

I hope he takes all the good attributes from all our previous Number 4s. Steel, no nonsense, calmness, leadership, organization, distribution, vision, winning mentality. With Per still at the club, I hope he learns leadership, game reading, and calmness from him. Not putting too much pressure but we need him to be up and running.

Good one! Peter Storey too.

JJ was 7 or 17, he switched back and forth through the seasons with us as I remember

That’s a good sign we are seeing the end of Elneny. Not his fault of course bc he was a hard worker but a mediocre player at best when we needed better in midfield. Arsene brought him in as backup nothing-else. Currently Torreira or Willock fulfill the role of Elneny both better upgrades. With regards Torreira not entirely sure if he won’t get his head turn nor if we should cash in on him and upgrade the midfield. As much as he is a fighter, he isn’t the answer we need in terms of capability gap plus we need someone… Read more »

Emre can could be an option

Christ!!!!! Do you ever stop this fanboy nonsense?

A tetra
Reply to  Santori

As for Saliba, I’m not sure I’d be so blindly enthusiastic as many here as per usual are. Mari and him are potential and I feel as mentioned many times we should not be squandering any more resources on the backline rather continue to improve it organically. Both Mari and Saliba should cycle in with Holding and then one of Chambers or Mustafi IMO depending which one fetches best price in market. Saliba IMO was also bought on a bit of a whim at 17m for a 19yr old who impressed but over 19 matches first season.He’s not played much… Read more »

My God, there’s some much wrong in this post…

Do you ever stop and try to be realistic? Stop selling that pipe dream here, your head is in the cloud

I’m absolutely gutted! Only just ordered my brand new Adidas home shirt with the number 4 and Elneny on it for 2020/21 season.
By the way, is Mohamed Elneny fit to wear the “corporal” Carl Jenkinsons former shirt?

Watching the Coupe de France I’m suddenly relieved Saliba isn’t playing — lots of hard tackles and chippy play, not the best environment for somebody with his injury history. Still a shame he misses that cup experience, but the last thing we need is another defender on the trainer’s table.