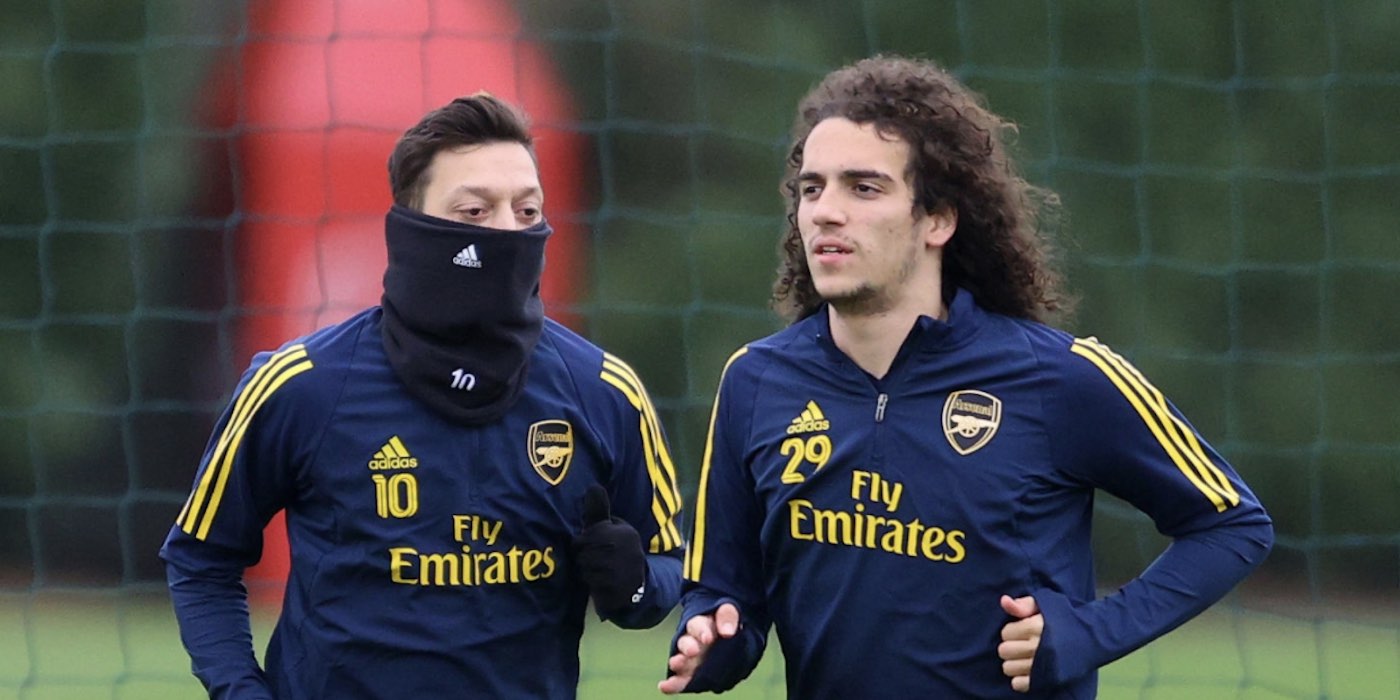 Mikel Arteta says he has held ‘really positive’ conversations with Matteo Guendouzi and that the midfielder has been training well this week.

Having been unceremoniously axed for the final three months of last season, the Frenchman has been handed a clean slate on the eve of the new campaign despite speculation that he could leave the club before the transfer window closes on 6 October.

The Gunners are understood to have offered the 21-year-old to the likes of Atletico Madrid, Barcelona, Lyon and Paris Saint-Germain while the player is believed to have rejected the advances of other clubs, including Villarreal, Atalanta and Valencia.

“Matteo has been training like any other player in the squad,” said Arteta when asked about the player in his pre-Fulham press conference.

“It is a new season and we had some really positive conversations between both parties, now he’s back with the group, he is training really well.

“He went to France to play with the under-21s last week and played really well again, and he is here.”

It’s widely acknowledged that the Gunners need to sell players to fund new purchases this summer and that Guendouzi’s profile could represent low-hanging fruit in that respect. Young, under contract and clearly talented, there should, in theory, be a market for him, possibly even as a make-weight in a deal for someone on our shopping list.

Arteta wouldn’t be drawn on the matter. “I don’t know,” he said. “I am not going to discuss here what the things that happened internally. But a lot of the things they have been writing, I can tell you they are not true.”

I would happily keep him if he shifted his attitude. Think he has a huge ego and has had to come back to Arteta with his tail between his legs when Real Madrid, Barcelona and Juventus didn’t all rush to buy him.

We actually don’t have a lot of facts, except that he was frozen out of the team

We have a fact that he was frozen out and not sold.
Meaning his self evaluation took a blow. Meaning he maybe more respectful to the boss and could be a lesson learned by the talented midfielder….

Here’s another fact: His club, his own teammates win the FA Cup against all odds and he never even congratulated them. Instead he posts a photo of his vacation site. What kind of dressing room will we have if he stays? Plus, I really don’t think he’s that good

I think Matteo has realized that after being involved with the French National team earlier, the only way he can be involved in Euro 2020 would be to get his head straight and work his ass off at Arsenal. Considering the French have abundance of midfield talent(including one Camavinga), he would be wise to mature and get back into its fold and the only one ya would be through a surrounding he’s with, which is Arsenal. I,for one, would take a proper determined Guendouzi in a heartbeat for the season. (And make a call regarding his future next year, after… Read more »

Yer if he can knuckle down he will be a real asset, hopefully he has now been grounded he can come back in and play a decent part.

TGMTEL in his mind only.

Let’s be honest, he wasn’t missed on the pitch

Hopefully this summer has been a wake up call for him

I’ll be honest, I missed him on the pitch.

Huge season for Matteo. Like it or not, the next few years of his career (and his arsenal future) will be defined by what happens this season, so for our sake and his, let’s hope it’s a successful one with him putting his head down and giving Arteta a wonderful headache.

Wishful thinking. He’s trouble and not really exceptional in terms of talent. The sooner we are rid of him the better.

Honestly I think we are just trying to rehabilitate his reputation sufficiently to attract some decent interest in him. Dumping him from the squad doesn’t scream strong bargaining position.
Plus with our limited midfield options at present it is pragmatic to have him on board while he is here. Still think he’ll be off by the end of this window though.

Let’s be fair to him, we’ve been asking for more shithousery from the players, and it’s unusual for those types of characters to be completely unproblematic.

The problem is his shi*thousery is so unconvincing. A 9 stone guy who falls over at the slightest contact isn’t exactly going to intimidate the opposition.

That is good man management. He’s a young player and young players can be arrogant but he was dropped and he wasn’t wanted by clubs that he expected to want him so it’s a learning experience for him. Now Arteta has publicly exonerated him of whatever went on and he has a chance to redeem himself.

Is it ridiculous to point out the vitriol is always pointed at Muslim players? Ozil, Guendo, Mustafi, who else? That Ozil was mysteriously frozen out after the China debacle? May we live in interesting times..!

Guendouzi is not Muslim. He is of Moroccan heritage but the Arab world has had large communities of Christians and Jews at different times. Criticism of him has nothing to do with religion.

I criticise Mustafi because he can’t keep possession or defend to save his life.
It has absolutely nothing whatsoever to do with his religion.

I also give credit to Ozil because he is still the best attacking midfielder we have, bar none. Again, that has nothing to do with his religion.

I’m sure that Mustafi at one point being football’s answer to a sieve, Özil underperforming whilst on monster wages and Guendouzi having a piss poor attitude isn’t because either of them are Muslim.

While there are no doubt many racist twats out there I don’t think the average football fan really cares about the religion or personal views of their players. I’d guess that such a comment is more reflective of your own neurosis than reality, and the thumbs down you will consider a personal attack. I am sorry the world has left you feeling that way brother but maybe not everything is quite as shit as it seems… I think the chat around Musafi changed a lot as under Arteta he was starring to look like our best defender. If Ozil can… Read more »

Definitely the LANS category this one 😂