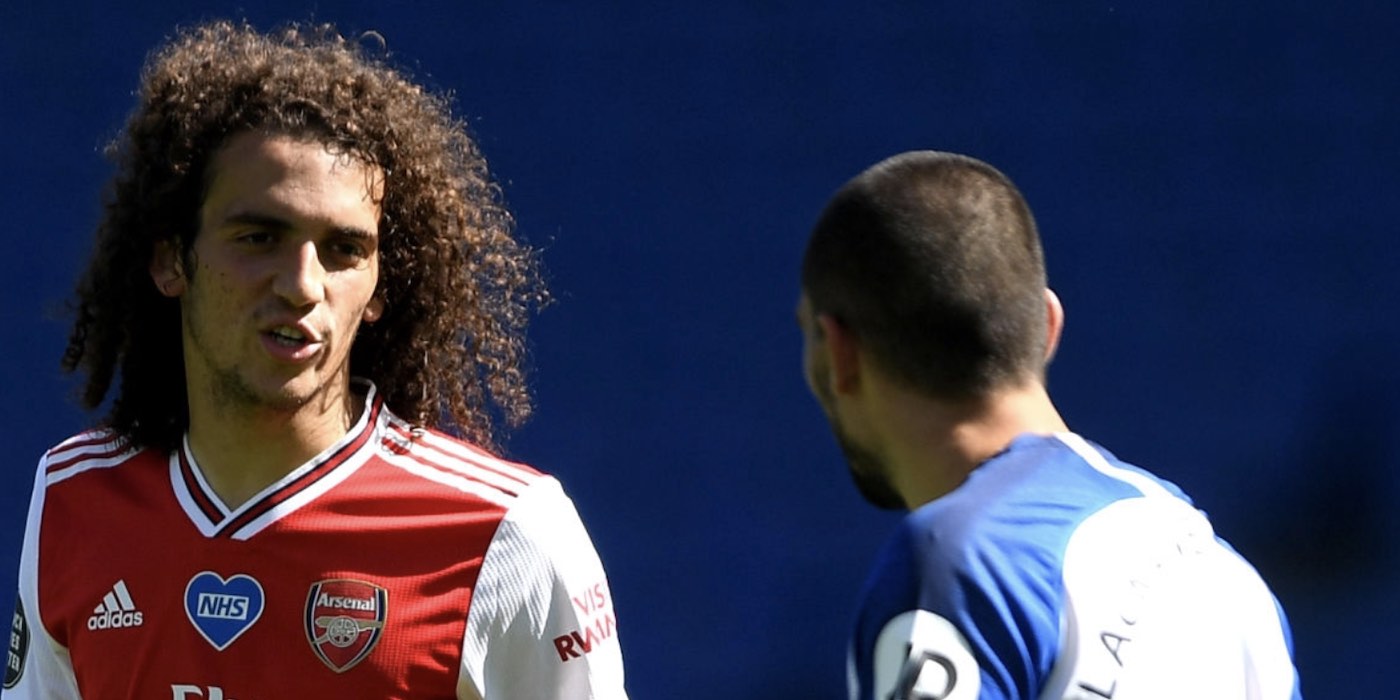 Paris Saint-Germain’s Thomas Tuchel has denied that Ligue 1 side want to sign Matteo Guendouzi this summer.

It was reported yesterday that the France under-21 international, who played for the Parc des Princes outfit at youth level, could be a target for the Champions League finalists with Julian Draxler, long touted as an Arsenal target, heading to the Emirates as part of the deal.

At this stage, we’re not sure in what context Tuchel made his statement, but Get France Football News, say the coach replied with a simple ‘No’ when asked if he was interested in our midfielder.

For Mattéo Guendouzi, after rejecting Valencia, Villarreal, Atalanta himself & Arsenal rejecting a lowball offer from one Premier League relegation candidate, the options are diminishing. Barcelona ship has sailed – Atletico Madrid are still there, but player unsure.

Guendouzi was spotted taking part in Arsenal first team training this week, the first time pictures have surfaced since he was banished from the squad following the 2-1 defeat to Brighton back in June.

Mikel Arteta, promoted today to the role of manager, said last week that the Frenchman will, along with Mesut Ozil, be offered a clean slate for the new campaign. How much of it he’s a Gunner remains to be seen.

Like PSG, Lyon has declined the chance to sign the 21-year-old having been offered him by Edu who has been trying to get a deal done for Houssem Aouar. Barcelona had a sniff but didn’t fancy anything more and Atletico Madrid aren’t budging on a swap plus cash offer for Thomas Partey.

GFFN claim that Guendouzi rejected advances by Villarreal, Atalanta, Valencia and an unnamed Premier League club; presumably, because he doesn’t see them as high-profile enough.

And you would know

Yes. Someone, and obviously it’s not Arsenal, needs to help pull it out for him. Hello, the club is trying to bring in a least one, if not two guys, that are going to automatically be ahead of you. What a clown.

More Anelka than Bendtner (but with less raw talent).

Maybe a reality check will do him some good?

“He that is down needs fear no fall.” Pride goes before a fall.

He has a seriously high opinion of himself. Wish he would just do one.

The people advising him are not doing a good job. And his stupidity is hurting our finances as well.

Seriously, him and the ozil situation is a mess. Emotionally, i would rather play wilock or any other youth player ahead of him based on his attitude but in reality, we need to play him to gain some money back.

Does Guendouzi have a choice in where he goes then?

Full choice is unlikely. It feels like he’s making things difficult by not productively discussing personal terms with clubs he doesn’t fancy.

So, how does being benched or not in the match squad help his career?