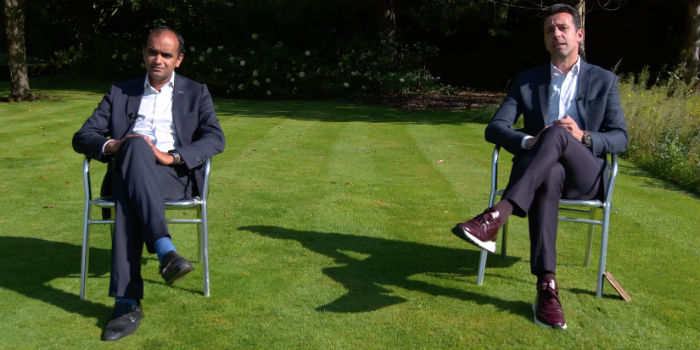 Vinai Venkatesham has confirmed that he has been appointed Arsenal’s CEO by the club’s owners and will now oversee the club’s business both on and off the pitch.

The 39-year-old previously held the title Managing Director, a role that worked in tandem with the Head of Football, which until recently was held by Raul Sanllehi.

When the Spaniard departed last month, Vinai was given sole responsibility for the day-to-day running of the club, so it makes sense that his title should reflect that.

Venkatesham joined the Gunners just over a decade ago and has enjoyed a meteoric rise through the ranks.

In an interview with Arsenal Digital, Vinai explained: “Going forward, I am going to be responsible for overseeing the club both on and off the pitch as chief executive officer.

“On the football side, Per Mertesacker heads up the Academy and then Edu and Mikel will work together to head up the first team operation.

“I’m really fortunate to have such a fantastic team. You think about Edu, you think about Mikel and Per; those are three individuals that are winners, they are driven to succeed and they have Arsenal in their heart. We have two club captains and an Invincible.”

Vinai went on to confirm that Mikel Arteta’s impressive start to life at the Emirates means he’s earned the title of first team manager; an upgrade from his initial position as head coach.

Best of luck to Vinai, Edu, Mikel, Per and the rest. We’ve had a lot of upheaval in recent years. It would be lovely for everything to settle down and for the club to build on last season’s FA Cup victory.

Kia, thanks for the memories

maxin in the shade

The whole management team are in their late 30’s and early 40’s. Let’s hope that’s a plus for us as their youthful approach means they may be more forward thinking. Come on you gunners!!!

The stresses of Arsenal

Vinai doesn’t look too enthralled with Edu while he is speaking. Reckon Edu will be out the door soon.

Totally wouldn’t mind that. All due respect but Edu hasn’t impressed me much

I think we missed a trick letting go of Mislintat. How well he would have worked in this system. However, I believe Edu is Arsenal through and through and he will do his best to take us back to where we belong.

“I’m really fortunate to have such a fantastic team.