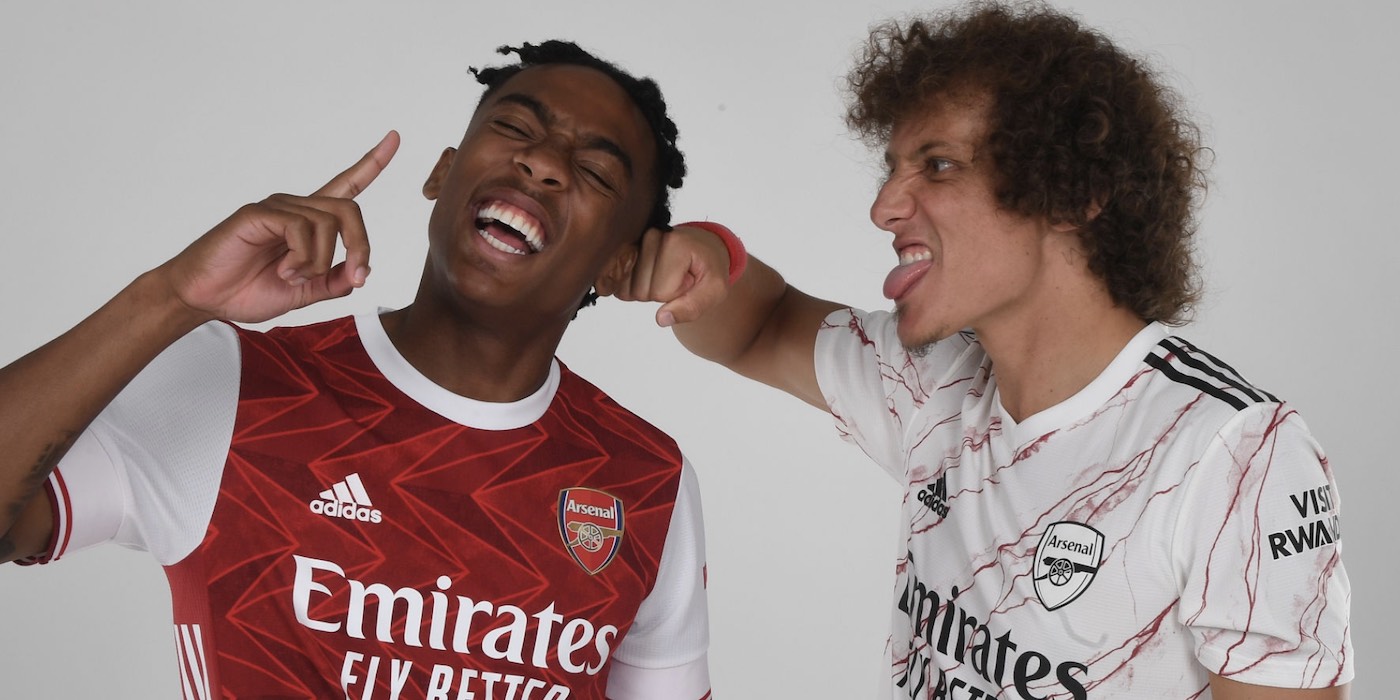 After a second Europa League man of the match performance in a week from Joe Willock, David Luiz has backed the 21 year old to become a first team regular at Arsenal.

The midfielder scored one, helped to force two own goals, and his movement and running gave Molde problems all night long as the Gunners ran out 4-1 winners.

It was a taste of what we’ve been missing in certain games, and the experienced Brazilian was more than happy to wax lyrical about his teammate after the game.

“He can do better, and I’m not joking with this because he has the talent to be at the top level.

“He understands that every single day. It’s a pleasure to play with him, especially because he’s humble. When you’re humble, you can learn things, get better and improve.

“If not, you can’t understand. He has a great present and future.”

At the least, Willock should be in consideration for a place on the bench for Premier League games, starting this weekend against Aston Villa.

Luiz also spoke about the desire to go all the way in the Europa League this season after qualification for the knock-out stages was almost assured with a third successive win.

“I think when you’re a big club you have to think about winning every competition,” he said.

“This competition is no different, we want to do our best and our best is getting to the final and winning. We go step by step, it’s always difficult to play against good teams like today, it was difficult.

“The teams are very good, good shape, good players and I think you have to be humble and take it step by step, but the ambition always has to be there.”

You are very correct David. Class player with a big future. Needs chances in the EPL. I think he’s earned the start on Sunday.
Leno-Bellerin-Holding/Luiz-Gaby-Tierney-Elneny-Thomas-Pepe-Auba-Saka
#GoWithTheJoe

Then why didn’t you put him in the starting lineup v? 😉

Thought 10 was enough. Slot him in…

Arteta said one reason he wanted to keep Luiz is for his leadership off the pitch. Every time he speaks you can see why – hopefully Willocks listens, keeps his head down and keep producing whenever called upon.

Whether we’d like to admit it or otherwise, Cashley was the only recent world class player to come thru our ranks. Hope Willock can be the next one and really achieve his potential with us, early signs are there.

The picture is hilarious

I like our youngsters getting chances and also Pepe. They all are available to break patterns and really create, sure sometimes we loose the ball and even take some risks but that’s okey. We need to be able
To give some players that freedom and cope with some enhanced risks in my opinion.

Repeating what I commented the other day, Joe is class, hope he stays! Love watching him play. I think he needs to gain some instant kicking power, but that will come as he gets stronger overall… So young and talented already! Wishing him injury free years ahead with us : )

Yes, he’s certainly got the potential to be a top player. We have to be careful with his development though – it can be damaging to push youngsters on too fast, like it can be if they don’t get opportunities. It’s a difficult balancing act. Look at Chambers, albeit a few years younger than Willock, who was thrown in at the (very) deep end by Wenger to little positive effect long-term. I don’t think Arteta will make that mistake.

Like his industry. goals were somewhat fortuitous but he was involved in most of them gambling into the box and adding pressure to force those mistakes.

Like the last goal again his energy levels and his hunger his greatest cause. Guendouzi needs to take a page from Willock.

Good to see an attacking asset emerging for us in Joe with particularly the diminished involvement of Ozil.

If you say how goals are a bit fortuitous then I’m not sure you really get what he’s doing out there. He’s in these positions way more than anyone else. Even if you think each chance is low% then by shear weight of numbers and law of Averages you can see the that just being there in these spaces he makes goals more likely. Simple. Based on simple stats.