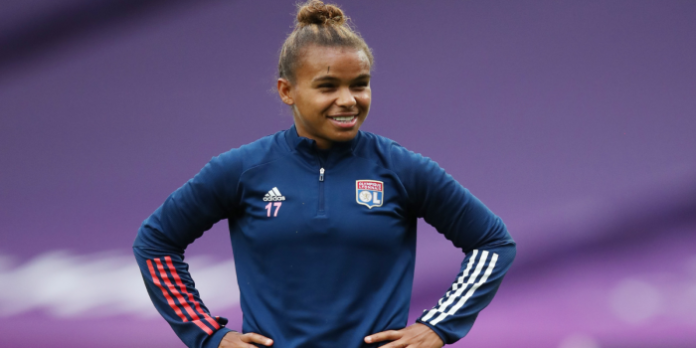 Arsenal Women have confirmed the signing of Lionesses forward Nikita Parris from Lyon. Parris has spent the last two seasons with Lyon, where she won a French League title, a French Cup and a Champions League title.

‘Keats’ previously spent four years at Manchester City where she scored 33 goals in 59 appearances as a wide forward- though she often played through the middle for Lyon. She joins Mana Iwabuchi at the club this summer, who signed from Aston Villa.

The Toxteth born forward also spent four years at Everton before she joined Manchester City and she has 50 England caps. Nikita is part of the Team GB squad currently preparing for the Olympic Games to take place in Tokyo and will join up with the Gunners after the tournament.

The 27-year old told Arsenal.com, “I’m very happy to be here, Arsenal has an unbelievable history and I want to be a part of this. I want to achieve all domestic titles and compete in the champions league here. I’m happy to be back in the WSL which has grown and improved so much since I left.”

Jonas Eidevall, our new head coach, added: “I’m very pleased to have signed Nikita and add to our strong strike force. She is a talented player and has a winners mentality and I’m looking froward to working with her once she returns from the Olympics.”

Parris and Miedema up front!!! Nice

Always loved watching her play for England. So much positivity when she plays.

I’m sure it’s the same for any team… every player fights for their place. On top of that, if they qualify for the CL, there’ll be a lot of football to go around.

Especially with Keets being busy for GB and England later on and Beth having those times off, Beth can help take the load off.

Not a bad signing now the coach wants to play fast expansive football!

Welcome to the Arsenal, Nikita, all the best.

Welcome to The Arsenal, Nikita.

Impressive. I love this! Can the men team, say, borrow a leaf? Eh?

Yes! She’s class. Excited what this means for Viv. I can only think of positives.