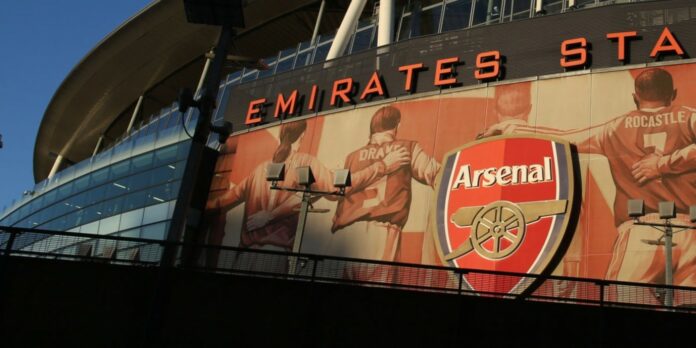 Arsenal have effectively rejoined the European Club Association (ECA) after trying to leave the organisation earlier this year.

The Gunners were a founding member of the ECA when it launched in 2008 but resigned membership in April when we, and 11 other clubs, attempted to launch a European Super League behind the backs of the association’s 200+ member clubs.

Arsenal CEO Vinai Venkatesham had only been elected to the ECA board six weeks prior to the breakaway announcement.

Nine of the 12 founder members of the ESL have now signed legally binding commitments to be re-instated for the 2019-2023 cycle.

In a statement, the ECA said: “After an exhaustive process of re-engagement by the Clubs and re-assessment by ECA over recent months, the ECA Executive Board took into consideration the Clubs’ acknowledgement that the so-called European Super League project (“ESL Project”) was not in the interests of the wider football community and their publicly communicated decisions to abandon said ESL Project completely. The ECA Board also acknowledged the Clubs’ stated willingness to engage actively with ECA in its collective mission to develop European club football – in the open and transparent interests of all, not the few.

“This decision of the ECA Board marks the end of a regrettable and turbulent episode for European football and aligns with ECA’s relentless focus to strengthen unity in European football. Through this period of unprecedented challenge, ECA has firmly established itself as the only organisation through which the leading clubs in Europe can promote and protect their interests in football, whilst also developing the competition landscape and reinforcing the centrality of clubs in the governance of European football.

“ECA can now proceed with renewed unity and solidarity to continue the important work needed to stabilise and develop European club football – at a time when this is needed the most.”

Real Madrid, Barcelona and Juventus, who still believe an altered version of the Super League will become a reality, have not rejoined.

While the ECA won’t be imposing any financial penalties for involvement in Super League project, Arsenal have been fined by both UEFA and the Premier League.

What makes us a big enough draw for them to want us back?

It can’t be our recent European pedigree

Fealty.
It is in their interests to have as many ‘big’ *coughcough* clubs signed on to their mission as possible.

On the flip side of this, you have to wonder about the stubbornness of the 3 clubs still “in” the ESL project. What are they cooking behind the scenes that makes them believe it will still happen in some form?

Whilst it has members it exists, I very much doubt those signed contracts have been shredded just yet

And Brentford promoted to the Superleague.

What a humiliating state of affairs. The fish truly does start rotting from the top

Where is the Xhaka signs a new contract story? I need to vent.

This might be the straw that breaks the camels back. Since this team can’t take a break from Xhaka I think I need a break from this team

TBH, I wouldn’t have minded if they just extended his contract – he has his positives and we could use his experience. But to almost sell him and then extend his contract once it fell apart reeks of the gross mismanagement and numskullness that is unique to us.

We really don’t need anything xhaka brings. We have leaders – tierney, Saka, ESR, mari, Partey. What We need is change…

Arsenal have no business at all even being linked with a European Super League. If they don’t offload Arteta as soon as possible they won’t even be talked about as a Premier League side…

If anything, this story makes it clear that the problem is far bigger than Arteta. It’s right at the top

It is, but there is also no way a competent organisation first of all hires Arteta, and then keeps faith in him for this long. So Arteta and his lack of managerial ability/vision/experience is it’s own problem, even if he isn’t the root problem There is always a chance that even an organisation as incompetent as ours could stumble upon hiring a quality manager / DOF etc who could turn things round to an extent. So we should still hope for Arteta and Edu’s removal, even if they aren’t who the fanbase should be aiming our frustration towards. Both just… Read more »

I hate to say anything bad about Wenger whom I absolutely adore, but a big chunk of this mess is down to his inability to creat a solid structure that can function well after his departure. He once said that his biggest accomplishment would be to leave his successor a strong solid base. In this he failed I’m afraid. The structure he set up was one that depended completely on him personally being at the helm.

Our organisational structure under Wenger was largely dependent on him because that was how football backrooms used to operate back in the 90s when he joined. Football clubs were much smaller corporations back that could function with way less staff than today. You’re right though, ideally he should have set-up strong foundations (and chosen) his successor. Though I doubt a man who had joined English football 22 years before he left would have known how to set-up an optimal organisational structure for modern football. That’s what the executives at the time were supposed to be doing but they were incredibly… Read more »

Our woes stem from an indifferent absent couldn’t give a shit owner, a technical director too busy with his holiday snaps to snap up any decent players and a manager who thinks passing the ball backwards and sideways is the way ‘forward.’

In other words, fuck all to do with Wenger.

I disagree. I do believe that Wenger does share part of the blame for the horrible mess we’re in now. But I do agree with you the the main fault must lie with Kroenke. What I honestly don’t understand, however, is why he doesn’t give a shit. If his sole concern is profits then surely he must see that running a huge investment into the ground will come back to haunt you in terms of profits?

Remove Kroenke, Arteta and Edu and this club will have it’s self respect back. For the club to be hitting on top four in the short term, you need to get rid of Arteta first. The style of play has to return to attacking, exciting, fluid play. We’re so utterly boring, pedestrian and predictable at the moment. Not only are we an eyesore for lovers of the beautiful game, but, more tellingly and ultimately importantly, our predictability leaves us an easy target for opposing teams coaches to suss out. Look at Brentford. They sat back will eleven behind the ball… Read more »

Off topic sorry but I’m more interested in why Mikel said Lacca and Auba “feel” unwell rather than “are” unwell?

Is it bad that I’m beginning to not care about anything Arsenal at the moment? Until we have a proper clear out from the top down, I feel so disconnected from everything gunners-related. A real sad state of affairs.

What a disgrace the management of this club is.

And we’ll somehow get relegated from this association.

I am an Arsenal fan, but I really wish all the “Super League” clubs were getting punished much more. There’s something wrong with a world where billionaires can just destroy whatever they like in the name of profit. I would still watch Arsenal even if they got relegated as punishment. Kroenke (and the other super league club glitterati) would probably sell rather than take “further losses on an investment” or some bulllshit.

Not that it matters much to us anymore but does that mean Real, Barca and Juve are not allowed to compete in European competitions as they haven’t signed up to it??