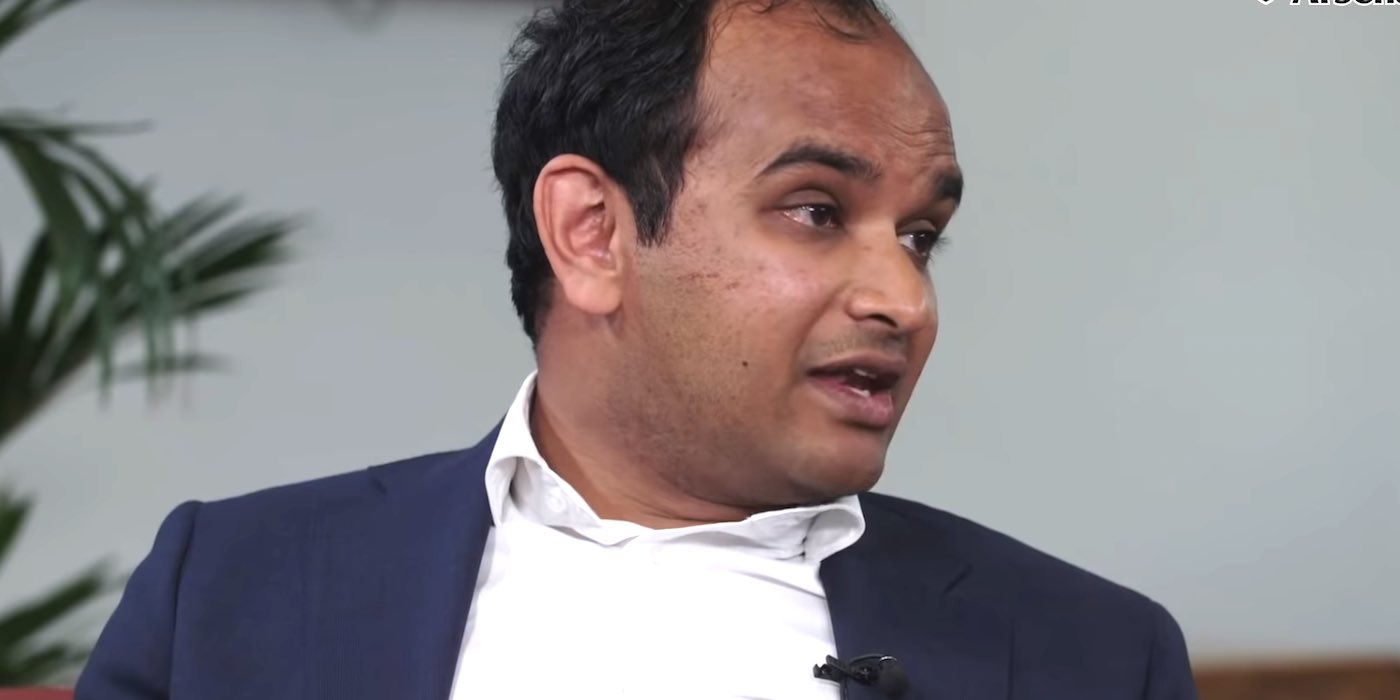 Arsenal’s rehabilitation on the European stage continues with news that Vinai Venkatesham will take up a role on the Executive Board of the European Club Association with immediate effect.

The Gunners’ CEO was elected to the board in early March and held the role for 43 days before the club tendered its resignation from the association in the aftermath of the launch of the European Super League.

Obviously, the Super League thing didn’t exactly go to plan and Arsenal, plus eight other clubs involved, have since been invited back into the fold after what was labelled “a regrettable and turbulent episode”.

Congratulations to Vinai Venkatesham, @Arsenal CEO, on being elected to the ECA Executive Board 👏 #ECAGeneralAssembly pic.twitter.com/MR9EVcjddX

Congrats to Vinai Venkatesham, @Arsenal, who was recently appointed to the UCC SA Board and will take up a seat in the ECA Executive Board with immediate effect. #ECAGeneralAssembly pic.twitter.com/GxHYeofikd

Vinai will represent the ECA on the Board of Administration of UEFA Club Competitions SA (UCC) which is a subsidiary company of UEFA.

In UEFA’s words: “The UCC’s role is to advise and make recommendations to UEFA Club Competitions’ Committee on strategic business matters and opportunities for its consideration before being referred up to the UEFA Executive Committee for approval.”

We can’t tell for sure, but we’re almost certain this is more prestigious than being in the Europa Conference League…

Some conquering would be nice.

“Bonnet de douche” as they say in Peckham.

This guy keeps failing upwards. In charge of commercial revenue, Fail. Put in charge of the club, Fail. Super League, Fail. But he keeps landing on his feet and being promoted.

WOW we are still active in Europe Competition

This guy keeps failing upwards. In charge of commercial revenue, Fail. Put in charge of the club, Fail. Super League, Fail. But he keeps landing on his feet and being promoted.

According to The Deloitte Annual Review of Football Finance 2021, COVID was statistically more likely to have caused any downturn of income compared to Vinai.

“No excuses for our downturn in revenues, except COVID and losing European football, and dissatisfied fans, and shady payments to “friendly” player agents, and not being able to sell players, and overpaying overrated old players…and…and…and…”

Downvotes for poor referencing of citations?

When did football supporters ever let facts get in the way of a good rant? 🙂

Quite a bit of that happening at Arsenal of late.
#BeExcited

The Xhaka of executives.

Lol. I was thinking more mustafi…

Well there were consequences for mustafi…

You missed a T

Tbh it must be a bloody relief for Vinai to get away from ‘club business’ every now and then, even if it only means having a different sort of Zoom call.

Can’t be doing his hairline any good every time the Comms team bring that social media sentiment-analysis report into his office.

Wonder if he has to do an initiation song (again)?

Rumour was he went with ‘What do you think of Tottenham?’ – more of a chant than a song but apparently it went down well.

Tottenham fans in the house.

Tbf Plan A was ‘So Paddy Got Up’ – but too long apparently.

Reports are that the “Thank you”, “That’s alright” bit went well.

More Tottenham fans in the house.

Some down votes from the Arsenal Comms team.

“It’s a bloody hard job and explaining why social media ‘voices’ actually count and they’re not, you know, the views of Russian bots and 13 year olds [who spend not one penny on supporting the club].”

“There are some, you know, real fans out there and we need to measure and assess how well our content is engaging, because that’s how we’ll win the league again.”

“And we’re not even allowed to listen to bloody Spotify any more either.”

“So get stuffed ‘WayBackWhen’ [probably not your real name anyway].”

I thought the Spotify line was good.

Shouldn’t that go to a man whose club is in Europe?

In Europe but not in the EU, that’s how it was explained to me.

I don’t know why but I’m reminded of the scene in A Clockwork Orange when Alex lies in the bath and sings I’m Singing In The Rain.

I hear Vinai is actually more mobile than Granit though – hence the moves from commerical revenue to CEO to Europa scheisters committee.

first silverware of the season

Or hope he gets the fourth seat from the top.

His first recommendation would be to create the “European process oriented youth project super awesome fantastic” league for teams that finish betwee 8th and 12th in the national leagues.

“I’ll be back” said he, while donning dark eyewear.

This guy must be awesome at interviews