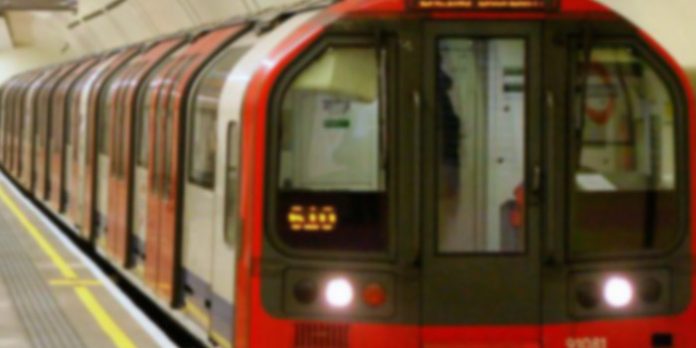 In unbelievable news today a man has taken a train to get from one place to another.

The humble sports star bought a ticket, or perhaps used an Oyster card, to descend onto the platform at one station where he stood and waited for the train to arrive. When it did, he stood behind the yellow line, politely allowed other passengers to alight, then got on and sat down.

When the train arrived at its destination, he stood up and got off the train, before exiting the station to go to where he needed to go.

It’s not known if he was especially excited or delighted about having used public transport, but an eyewitness told Arseblog News, “It was amazing. You think something like that can’t happen in front of your very eyes but it did!

“He just got on and sat there like a person. Unbelievable, yeah?! I can’t wait to tell this story to my grandchildren when I eventually have some.

“I’ve got to have children first, to be fair, but I’m so hyped up right now I’m going to suggest to the wife that we get down to it this evening.

“Actually, I’ve also got to get a wife, or a girlfriend, or find anyone that will talk to me, but still. This is truly the best day of my life.”

Further reports claim the modest hero was also ‘breathing air like a human’, but as yet we have been unable to confirm that in any meaningful way.

Best headline of the day.

I bet the star wears tracks while training.

People have derailed their thinking

I take offence at this article – I have been misquoted!

What a non story that was… man goes from A to B. I would have been more shocked by a story about Arshavin spotted breaking into a light jog.

The guy that took the photo strikes me as a creepy little stalker. I bet he will try and dine out on this for years to come. Weirdo.

Football 365’s take on this in their mediawatch section is worth a look.
One of the papers had to explain that this superstar doesn’t wear his protective helmet off the field. Helmet??

you are awesome, Blogs!!!

Simmo
Reply to  Why do you ask my name? It is beyond understanding

Tube-a-Akpom, my arsehole is gonna fall out! Excellent

FourMinuteSmiler
Reply to  Why do you ask my name? It is beyond understanding

I was going with Mark Overground, but I don’t think I’ll bother now.

Not sure if this actually happened or not, but, if it did, I’d love to know who it was…

Made my co-wrokers give me the raised eyebrow and side glance when I chuckled incessantly at the ‘gotta get a wife first but no one wants to talk to me’ part.

I don’t know this refers to so I’m taking it that I must be doing something right internet wise.

It’s all Wenger and the board’s also tabloids fault. Lack of activities or even a rumour will get us to talk about something. Arseblog is clearly bored borderline depressed with utter lack of anything coming in. But Saturday is just around the corner and when we’ll smash them Sunderland, them we shall have topics. Patience folks.

Another shocker he wasn’t wearing his hat. How on earth did people recognise him!

The exact same thing happened to me many years ago when Anders Limpar sat opposite me on the Kings Cross to Watford train. Crazy!

It certainly was – trains from Kings Cross don’t go to Watford.

Didn’t he use to take the bus?

This is absolutely hilarious!! Thanks Blogs for the laugh