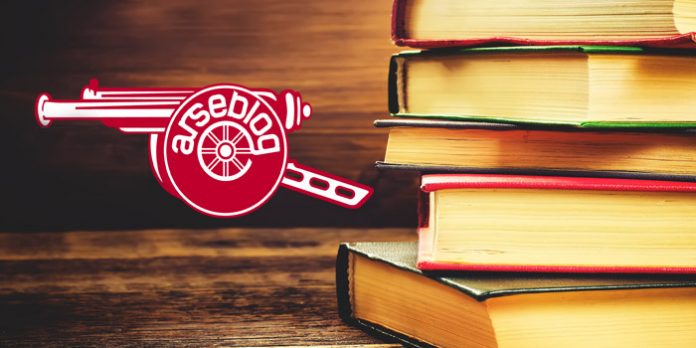 From the team that brought you “So Paddy Got Up” and “Together: The story of Arsenal’s unbeaten season” comes the inside story of how Arsene Wenger’s 2015/16 squad TWICE beat Leicester City in the season Claudio Ranieri’s side marched to their first ever Premier League title.

Completely ignoring the fact the Foxes captured the imagination of sports fans across the world by defying the bookmakers’ 5000-1 odds to achieve a landmark success, this book looks in detail at how Arsene Wenger’s beleaguered squad came from behind at The King Power and Emirates to gain a vital six points in their quest for a fairytale 20th consecutive season of Champions League football.

Featuring a foreword by ex-Arsenal and Leicester favourite Paul Dickov, the book dissects every conceivable element of the 5-2 and 2-1 wins providing the answers to the big questions:

Released in limited-edition, full-colour hardback, each copy comes with a 10″ picture disc vinyl record capturing a medley of commentary moments after Welbeck’s last-gasp winner at the Emirates in February, backed by a soundtrack especially curated by renowned DJ Gilles Peterson.

Leicester might have won the title, but Arsenal won the hearts and minds of the people as they showed that every dog can have its day, and sometimes that dog can have two days.

This is a book every Gooner will want to add to their collection. Pre-orders will be taken from June 31st. It will also be available as an eBook and an audiobook narrated by Arsenal fan Cedric Lineker, black sheep of the BBC frontman’s family.

Does the special edition come with a decent Theo Walcott performance over a full 78 minutes?, that’s what everyone has been dying for……

no worries, half their squad will be retroactively banned and they’ll obligingly drop the rest of the possible points since, come on, they can’t finish ahead of us. we know it, they know it

I know what you mean, but I read that as ‘radioactively’, which would be even better…

And Leicester will be stripped of the title after they are found guilty of doping on at least bile infused soured grapes and we emm… Win the league!
Also, anyone wonder why Willian didn’t go for goal with that last kick off the game? How do u not try to win a Derby at home!!?
Either they don’t want to qualify for Europa or don’t want to do us any favours. Vindictive Chelsea f**@#&%!

It might be because they don’t want to get hit on a break, if Willian had hit the wall?

But it frustrated me too…

Words simply cannot express how perfect this piece is. Hats off, gents!

This is a Spurs piss take, no?

Please tell me it is lol

This is excellent satire.

To the three people above me that replied to Jonsey’s post:
That’s a wasted minute of your life! 🙂

This will go well with my DVD collection. Might have a new favourite, although the extras on our brave win over Leyton Orient in 2011 will be hard to beat. Exclusive interviews with Nicolas Bendtner and Armand Traore….amazing.

I’d like to see you truly work on something noteworthy. Something children and adults alike would enjoy. In this age of high technology I’d like to see us get back to something basic, something we can enjoy from our own labours. I’d like for you to come up with an Arsenal colouring book.

Maybe it could be distributed as a special gift to the first 100 purchasers of the upcoming book with the option to be sold separately if sales and feedback are good?

hahahaha i dont know if your serious or not, but that was truly hilarious
Well done sir

This is THE ARSEBLOG. Only serious discussions here mate! =p

This has a great chance to be the best book about English football that comes out this year, the other books that are coming out that are the most obvious competition aren’t actually that good. But if you just re-issue more or less the same thing you published last year, stick to the exact same writing style you used before countless times, and don’t upgrade any of the chapters apart from the foreword it will still fail miserably.

It won’t be the best book, but it’ll be in the top four.

Oh cheers, now I’ve snorted tea all over my screen!

Haha, i laughed probably more than i should have at that. 😉

Look for this on shelves next to “Bottle: How We Snatched Derby Draws from the Jaws of Victory,” by Spursy McSpurs.

can a bonus feature be a clip of each instance of theo running the ball directly into a defender? some of them could be in slow motion to the platoon music adagio for strings.

I’m just surprised that the Leicester players didn’t fall apart after they made it to the top of the table at Christmas, finishing fourth. And I’m surprised that their manager didn’t tell everybody that fourth was a trophy and that he’d be happy to finish second for the next 20 years. And it’s a good thing that Raneri had worked more than a day in football, he knew how to win it.

But if they’d had losers like Walcott, who never turns up, they would have won it more easily.

Ranieri – 14 clubs while Wenger has been at Arsenal, lots of sackings.

In some way it is a bigger shock that he won the PL than the players.

I think all this proves is that there are three factors to a title: 1) Inspired manager (and club) 2) Inspired squad 3) Some measure of coincidence and good fortune. Wenger may be an inspired manager, but he sure as hell could have done more to ensure our squad was similarly inspired. He could have done things differently throughout the season as well, but you know, hindsight, 20/20, etc. The squad sure as hell wasn’t good enough. Squad players asked to come up to the challenge this season have all but miserably failed to convince Wenger that second string was… Read more »

Wenger’s has replaced the squad many times over but the result is always the same. This is is how next season will be: Aug: We lose our first two league games to Bournemouth and West Brom, but the fans aren’t too discouraged because the window is still open and we have drawn a winnable CL group. Sept: Wenger puts out the kids to the weakest team in the CL group – somewhere in Albania no one can spell or pronounce – and we lose. Merte says it’s a wake-up call. Nov: Exit the league cup but no one really notices.… Read more »

Understand the attempt at banter but the things you mention apply mostly for this season, not the whole wenger era, so it isn’t so funny..

And I suppose it’s a surprise that the greatest manager in history, Wenger, managed to blow the title again from a leading position at Christmas.

Fats, a question:
What sport or pastime do you follow (to make you equally annoyed) during the close season??
🙂

some people have asked for an edit button or a delete button but I’d really like an option where I could thumb down fat gooner several times. The rattle of a simple man.

I for one will be sending off my postal order immediately to take advantage of this amazing offer. On another note, do you think that the N17 caravan dwellers will be producing an end of season meltdown video? NO? Then surely this is an opportunity we can’t miss. Can we put this wonderful book out as a double bubble offering with a specially gift wrapped beta max video for those living in N17 and environs. Perhaps we could give the profits to those poor little ones whose parents know no better and take their bastard offspring to WHL every week.… Read more »

Finally the real success story of the season can begin

^ get a grip fella. Laugh at the joke and move on.

Will this be available at the Tollington?
I’ll go and camp out down there until I receive an answer, don’t wanna miss out.

I blame those fuckers for this. If Nigel Pearson’s son hadn’t been sacked I bet he would’ve still been the manager this season 🙁

Having said that, if Leicester hadn’t won the league, Sp*rs might have…

I like how you returned Gilles the favour after he mentioned you in the Guardian. Very cute.

David C
Reply to  Come on

Gilles is my favourite DJ!!! You really should listen to him if you don’t already, especially you kids.

Coming soon
ARSENAL- instruction manual, how to constantly shoot yourselves in the fucking foot.
Including an exclusive interview with Theodore Wallcott.

OK so our season has been a bit shit, but the sp*rs meltdown last night, fucking priceless..

Can’t wait for June 31st! I’m sure I’ll be up early to order this magnificent addition to my Arsenal library…

Any Wenger quotes in there about how we were champions of the beating Leicester table?

Feel like season ticket renewals (which begin today everyone!!! Form an orderly queue please) should be accompanied by a copy… Whet the appetite somewhat, eh?

What year did we change the direction of the cannon on our shirt? It feels like we have since been shooting ourselves in the foot!!! Definitely prefer it pointing in the direction of manure, especially as we used to blow them away!!!

You should write a book called “It’s 1-1 at Newcastle” about St. Totterringham 2016, if you know what I mean.

Does it include an interview with arsenal legend Sebastien Fey?

Is that Tina Fey’s brother?

Can it be scratch and sniff?

“This is a book every Gooner will want to add to their collection. Pre-orders will be taken from June 31st. It will also b” …
Please send me a copy of your brand new book as well as a copy of the calendar that you use, the one with 31 days in June.

You’re a quick one, you are.

For a moment, I thought that said “Arseblog announces a brand new look”. After all, can’t stand still you know, unless you want placards: “Time for change. Arseblog is stale. fresh approach needed.”

Please let there be an audio version read by a sultry Danny Mills.

One of your very finest Arseblog!

Fucking hilarious stuff blogs. Double thumbs up! Does the book include the part of Wenger’s interview where he said, “I nearly signed Vardy,Kante and Mahrez; we’ve been monitoring them… “?

Yes! How many times recently have I said that being the only Prem team beating the champions means we needn’t buy any new players? How about limited edition prints of ‘worlds best Danish striker called Bendtner’ dropping his shorts to show off his Paddy Power undies? Bit of extra advertising income to be gained methinks

Haha! Most amusing. I shall buy copies for all the family with accompanying DVD please.

Serious question though is Caspar Schmichael the fattest man to have won the premier league?

His physique gives me hope that my dreams of a top flight sports career are not over yet!

Wasn’t there an Arsenal goal of the month that was a penalty as it was the only goal we scored that month?