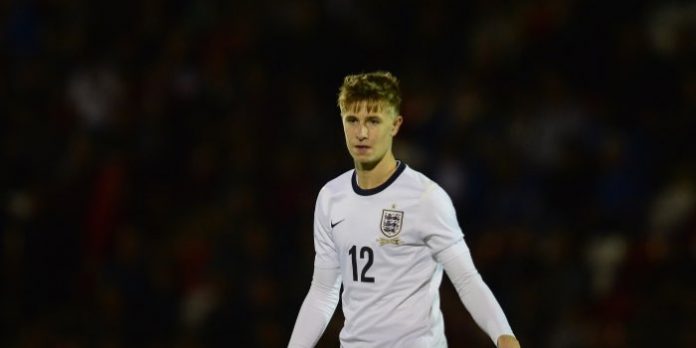 Much has been made of Arsenal’s lack of defensive options at senior level, but that problem isn’t just restricted to the first-team, with the club’s U23 side also suffering from a dearth of availability in that area.

That issue was certainly in evidence last week, when, in the first game of the season, coach Steve Gatting elected to deploy Ben Sheaf- a defensive midfielder- at centre-back.

Sheaf, as it transpired, was one of Arsenal’s better performers on the night, but he couldn’t prevent the young Gunners from falling to a 2-0 defeat against Reading, with his central-defensive partner Kristopher Da Graca particularly struggling.

Arsenal’s back four against the Royals was rather makeshift, with Kostas Pileas, who is better suited to playing at centre-back, being utilised at left-back (although he has featured in the latter position previously.)

Chiori Johnson, meanwhile, is a natural fit at right-back, but Arsenal don’t have many other defensive options at this level, apart from Jordi Osei-Tutu who is currently playing for the U18s.

The loan departures of Stefan O’Connor, Julio Pleguezuelo and Tafari Moore certainly haven’t helped matters, but it is a little strange that the club haven’t sought to bring in some defensive prospects during the transfer window.

When injuries inevitably strike (Marc Bola is already out) Arsenal’s options will be depleted even further, which could cause Gatting to turn to new scholars such as Tobi Omole and Joseph Olowu, who have barely played for the U18s.

There has long been a concern that Arsenal are more focused on developing creative and attack minded talents as opposed to defensive ones, and that theory was provided with greater evidence in the Reading game, when the likes of Gedion Zelalem, Ainsley Maitland-Niles, Chris Willock and Reiss Nelson all featured.

Unless significant improvements are made then this could prove to be a very difficult season for Arsenal U23s at the back. Sheaf looks set to continue at centre-back for the away game against Manchester City tonight and it is difficult to envisage how Arsenal are going to cope when up against top sides.

On a more positive note, it does appear that Arsenal will be a threat at the other end of the field, with Gatting able to call upon the likes of Stephy Mavididi, Donyell Malen and Edward Nketiah up front.

Meanwhile, with Zelalem and Maitland-Niles having not yet been sent out on loan, the pair could play some further games at U23 level, which should boost the chances of Gatting’s side impressing in an attacking sense.

Defensively, however, there is much to be concerned about.

Haha! This is funny. I thought we had player shortage only at the senior level set up of the club. WOW!

well if first team has shortage at cb then of course it means u23 players holding, chambers and bielik move up, so once the shortage is sorted at first team level we will have no shortage at u23 level. For example, with Koscielny likely back in the first team squad tomorrow, there is no reason why Bielik will not play for the u23’s tonight.

Or else this is just more consistency from the arsenal?

I agree though, with Mert, Kos, Gabriel an AN Other (perhaps Mustafi, now that it seems his injury was indeed minor?), those three are not going to see a lot of first team game time and will likely feature for the U23s or even the U21s.

The club has also seen some defensive prospects move on to succeed elsewhere, such as Nordtveit who went to Germany and now started for west ham in their opening match of the season.

there is no u21’s this season, its been changed to u23

That would be an excellent reason for them not to feature at U21 level.

5 years of mis table bundesliga and now mid table in the prem doesn’t make a convincing argument that we shouldn’t have let him go. He played right back a lot in Germany. With first Sagna and then bellerin ahead of him he wouldn’t have played much

So our youths’ transition to the first team is rather smooth it seems.

Really? You find that “strange”? Lol

It is strange in the context of the u23s, absolutely it is. In previous seasons shortages in certain areas of the youth teams has been addressed.

Why on earth let those 3 go out on loan when you have no cover? Why am I even surprised? This is a very Arsenal way to go about things.

because in the bigger scheme of things the u23’s results do not mater, and player development is all that matters, and sending those lads out on loan is worth far more to them than playing reserve football.
There is no reason why Bielik should not be available for the u23’s tonight, and in fact there is no reason why Debuchy can not play too. We could also use Akpom and Campbell as they are unlikely to be in the squad for the lcfc game

It matters if they get relegated.

Completely disagree and that is a mentality which affects a players transition to the first team. In what competitive sport do the results not matter? If you were a coach you wouldn’t say that to your team, at all.

Wow! The state of this club is pisspoor straight through the lines. This is what happens with owners lacking fucks to give, board lacking balls to use, and manager lacking ca….. Wait what, no, its not that he is lacking, must be ability then…

In the youth teams it is all about development, results are just not important. I feel that it is almost pointless and indeed detrimental to bring in and try to develop defenders particularly CBs. The issue is CBs develop later and usually are not ready for 1st team until 23-25. This is think is the problem with the likes of Chambers. Yes we can loan them out but it’s never the same. I would far prefer to spend money on bringing in CBs when they have matured and gained experience. Bringing youth through works for the creative youngsters as 1)… Read more »

I have said it any times, that arsenal youth system does not focus enough on Defenders and have too much small bodied midfielders and forwards, if we look at the other teams around us they have a lot of youth players on loans and their youth teams are still not affected.

i actually think there are a lot of quality defenders in the Championship which have grafted their games since leaving the big clubs they were at, in arsenal case its actually a small amount

Everyday I am a bit more convinced we are turning into Corporation FC.

I had to read half of those players names twice, for a minute or two I thought the whole post was a wind up.

The senior manager consistently quotes that we don’t have to make major signings, we should develop what we’ve already got, maybe our scouts have some wonderkids hiding in a cupboard somewhere not far from the ground…. maybe they’re not even born yet

Unnatural with this amount of injuries every season over such a long time. Something must be wrong somewhere in the setup.