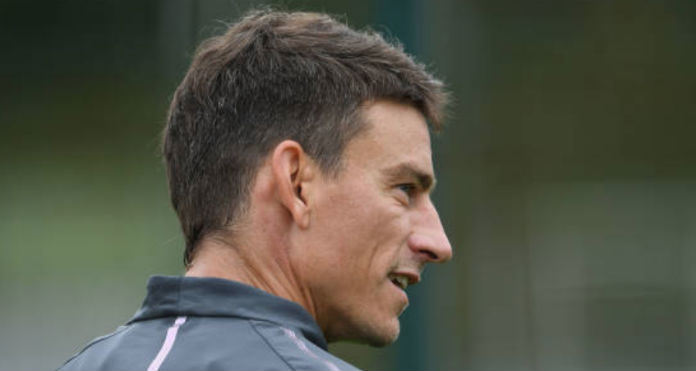 After the news that Thursday evening’s Europa League with FC Vorskla was to move from Poltava to Kiev, it looks as if Arsenal are considering including Laurent Koscielny in the squad after he came through a run-out for the U23s earlier in the week.

With two massive games coming up against Sp*rs and then Man Utd, Unai Emery will be keen to keep as many of his first team players as fresh as possible, and if the captain is fit enough he give the head coach a bit more depth in an area which really lacks it.

We played all three available central defenders against Bournemouth last Sunday, and if Emery is thinking of using the same formation in the derby and for the trip to Old Trafford then it would be a risk to use Rob Holding, Sokratis or Mustafi in the Ukraine tomorrow night.

In an update on the official website, the medical staff say Koscielny is being assessed ahead of the Gunners departure later this afternoon following a session at London Colney.

There’s also good news in that Stephan Lichtsteiner is back in full training, meaning he could come into the team at right-back while Carl Jenkinson at left-back means Sead Kolasinac won’t be risked with the continued absence of Nacho Monreal still a worry.

We should be able to discern the majority of the travelling squad from photos and social media later on, and we’ll bring you that news as soon as we have it.

Makes a lot of sense. If he is fit enough getting him moving up to play more difficult teams in time.

I guess if there’s been no reaction from his 45 minutes in the U23’s and the medical staff are happy, then it’s welcome back Kozzer. Lichtsteiner being fit is handy as well.

Risky, I’d hate it if he gets cabbaged and we lose him for another month or so.

If you bring a player in from the cold? To play in the cold?
Then he’ll continue to be cold?

Looks like the match may not go ahead at all, according to sky sports breaking news

Will have to be cautious with him. don’t rush it bc we need to thing long run for the season.

Frankly if Lichsteiner is available, rather have AMN as Lback.

“There’s also good news in that Stephan Lichtsteiner is back in full training, meaning he could come into the team at right-back”

I was slyly hoping AMN would be given a chance there instead.