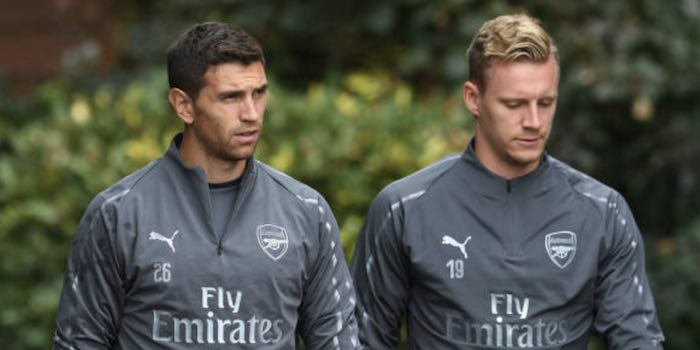 According to Yahoo Sport France, French side Rennes have contacted Emi Martinez about a possible move in January.

The 26-year-old committed his long-term future to Arsenal when he signed a new deal in November 2016, but he couldn’t usurp David Ospina and Petr Cech as Arsene Wenger’s first choice keepers and has remained the third choice this season following the arrival of Bernd Leno.

Martinez, who joined the Gunners in 2010, spent last season on loan with Spanish side Getafe where he made six appearances. He’s previously had spells with Oxford United, Sheffield Wednesday, Rotherham United and Wolves.

The Argentine has made one appearance for Unai Emery so far this campaign, keeping a clean sheet in the 1-0 win over Qarabag earlier this month.

Rennes are said to be on the lookout for a new keeper with Czech stopper Tomas Koubek set to leave in the new year. It remains unclear whether the Ligue 1 side are pushing for a loan or a permanent deal for Martinez. You’d imagine the latter would better suit Emi, who is now at an age when he really should be playing regularly.

If he’s looking for advice on whether to make the move, he can always chat to Petr Cech who spent two years there before moving to Chelsea.

Martinez: I want more and I will not stop until I get what I want

Elsewhere, we’re once again linked to Lille winger Nicholas Pepe, according to L’Equipe. Joint-topscorer in Ligue 1, nice pace and trickery (from what I’ve seen anyways) and a very direct way of running at the opposition.
Wouldn’t say no to him, but the rumoured 45 mill. might make Sven, Raul and Emery think twice.

granted he looks good in highlight real. but one day i saw his individual highlight and i was so unimpressed. he is poor at keeping possession. simple passes and without too much pressure he looses the ball. i dont think a club like arsenal should go for him

He needs to play, though would prefer a loan to keep our options open. I think he can still make it.

He’s in the same age as Leno. But Leno has about 400 professional games, Emi not even 40. Like him and he’s a decent back up but he’ll surely never be our number 1. Therefore a permanent move for him would be good at this point of his career.

A buybuy back clause or ‘right to match’ can work if the negotiating team can get one in his contract. Wont drive down the transfer fee too much considering that the fee itself wont be much.

Money towards an upgrade to our defence?

Makes sense. At the age of 26 he really should play some regular football.
How is Iliev doing this season? Was Hein, who was hyped a bit at his arrival, playing for the u23? Matt Macey still around??

Macey is on loan at Plymouth for the season.

hm they conceded 41 in 22 games(2nd in league one) and sittin on a relegation spot. which doesn’t necessarily means it’s his fault.

not his fault. plymouth not having a great season and from what i see and hear, he’s playing well… think Pickford at Sunderland!

Good move for him. Awful, dreadful, distressing news this morning: Maureen has been sacked! Actually, this IS bad news for us: Jose was doing such a fantastically incompetent job at Old Trafford that almost anyone coming in will be better. United will improve, but probably by not enough to challenge for a top-four place. It looks like their new boss will have a job on his hands sorting out Pogba and his colossal ego. The Frenchman should be told to get off social media and knuckle down and work for the team, or he’ll be booted out. Meanwhile, United are… Read more »

Wished this post was divided in two, with the last paragraph sitting by itself. That way I could thumb up the first and ignore the second. 😉

I actually read the first part and wondered why so many thumbs down, then I read the second part and now I understand.

For a long time every Fatgooner post, on any topic, included an attack on Wenger. Eventually, it stopped. Apparently, like so many in recovery, Fatgooner has had a relapse. Get professional help, Fats. Your family (probably) still love you.

Fatgooner
Reply to  A Different George

Arsene Wenger WOULD be a good caretaker manager for United. He’s good at handling superstars players and would play with a style that United fans are used to.

Fats has a point, and it’s just in time for united to get knocked out of the champions league at the last 16 stage

When the club say January transfers aren’t ideal…. They’re being genuine, but we don’t live in an ideal world, we live in a world where we “need” a centre back. We’ve decided not to renew Rambo’s deal, which makes it unlikely we’d turn away an offer exceeding £20mil. Our biggest earner doesn’t hold the trust of the manager, which suggests a parting of the ways is a matter of when? And not if he leaves? any type of offer and a chance to move him off the wage bill, Will be taken by the club IMO I also wouldn’t be… Read more »

Some people speculating whether Cech is in last season.

Given Leno, I think we will retain the Czech.

Third spot for keeper is tough to hold. Martinez will probably go and Macey may get a promotion into the first squad. Adds another potential home grown player (even if Martinez also qualifies)at very least which will potentially be important for Brexit.