THE LOWDOWN
Arsenal travel to Chelsea for a mouth-watering FA Cup 5th Round tie at Kingsmeadow in a repeat of the finals of 2018 and 2016. The Gunners thrashed the defending league champions and FA Cup winners 5-0 when the sides met in the WSL in October. Such a score line will not be repeated on this occasion- Emma Hayes’ side beat Arsenal at Boreham Wood a month ago.

Chelsea fought back from two nil down to earn a creditable 2-2 draw at Manchester City last weekend, while Arsenal had their feet up. However, the injury situation for Montemurro’s squad is still such that Chelsea will be favourites for this tie. Conversely, this represents quite a good draw for Arsenal, who have the League Cup Final against Manchester City next weekend to think about.

The title race is in Arsenal’s control given their games in hand and they have already qualified for one domestic cup final. They could rationalise defeat against Chelsea, particularly with their injury problems. For Hayes and Chelsea, the FA Cup represents the best chance to rescue a disappointing league campaign, with the Blues looking in on the title race as outsiders.

TEAM NEWS
Arsenal are still without Jordan Nobbs, Dan Carter, Viki Schnaderbeck and Tabea Kemme with long term knee injuries. Jess Samuelsson is training again after breaking her foot, but won’t be ready for this game. Lia Wälti also misses out with a knee injury. Lisa Evans was pictured training with the team despite picking up a knee injury 4 weeks ago that was meant to keep her out for a total of 6 weeks.

LAST TIME OUT
The Gunners smashed Chelsea 5-0 when the teams last met at Kingsmeadow in October, while Chelsea gained a measure of revenge with a 2-1 victory in the return fixture in January. Arsenal earned their spot in the 5th Round with a 4-0 win over Crawley Wasps, while Chelsea beat Everton 2-0 in Southport.

The last time the teams met in the Cup, Chelsea were 3-1 victors at Wembley in last year’s final, thanks to goals from Fran Kirby and Ramona Bachmann. Arsenal ran out 1-0 winners in the 2016 Final thanks to Dan Carter’s long range effort.

PLAYER TO WATCH
Lia Wälti has quickly become one of the most vital cogs in Montemurro’s midfield with her ability to protect her defence and to distribute with both feet. Since her injury, Dominique Bloodworth has moved back into her favourite position in defensive midfield and has shown the form that she demonstrated 12 months ago, when she had a run in the team in the same role. Bloodworth’s inch perfect through ball for Miedema against Manchester United demonstrated her valuable ability to play line breaking passes (which she can do with both feet).

Served on a ? by @DomBloodworth…

Finished with ease by @VivianneMiedema!!!

Bloodworth will start there again in Sunday and she will be charged with stopping the likes of Ji, Karen Carney and Fran Kirby. Chelsea play a rotating forward line, which can make their players difficult to pick up. The Dutch international had a fine game at centre half in the 5-0 win over Chelsea in October, so she will be well versed in her opponents’ movements. 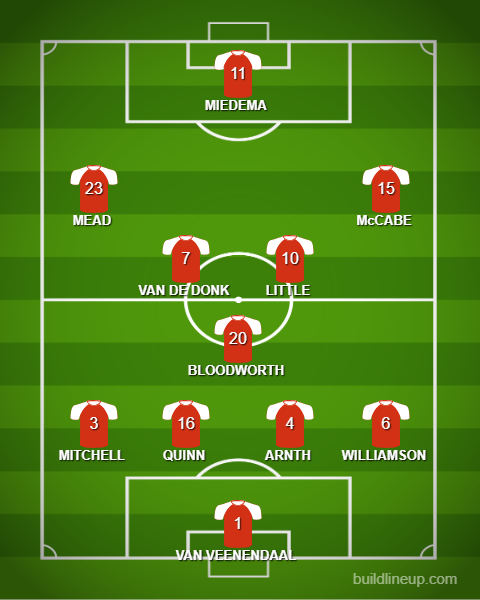 HOW TO CATCH THE GAME
The match takes place at AFC Wimbledon’s Kingsmeadow on Sunday at 2pm, entrance is £3 and tickets are available on the gate. The match is also being streamed live on the SSE Women’s FA Cup Facebook page.

? @ChelseaFCW v @ArsenalWFC this weekend will be shown LIVE on the SSE Women's FA Cup Facebook

COMING UP
We’ll have exclusive player reaction on the site on Sunday evening. We will also have in depth coverage of next week’s Conti Cup Final, including a couple of player interviews which, all being well, will be released as a mini podcast next week. If you haven’t seen it yet, why not check our February feature interview with Gunners winger Lisa Evans, where she talks about the importance of being a role-model for young female footballers and her decision to quit her degree and leave her family to go and play in Germany aged 19.

Previous articleVideo: BATE Borisov 1-0 Arsenal ‘Not even remotely on the whistle’
Next articleWillock stars as Arsenal U23s continue resurgence

Jeez, knee injuries really do seem to be a big problem in women’s football. I didn’t realise they were so prevalent until Tim brought it up the other month.

Are players allowed to wear knee braces in FA-sanctioned matches or would that just be an impediment to playing well (and a stupid idea on that basis) anyway?