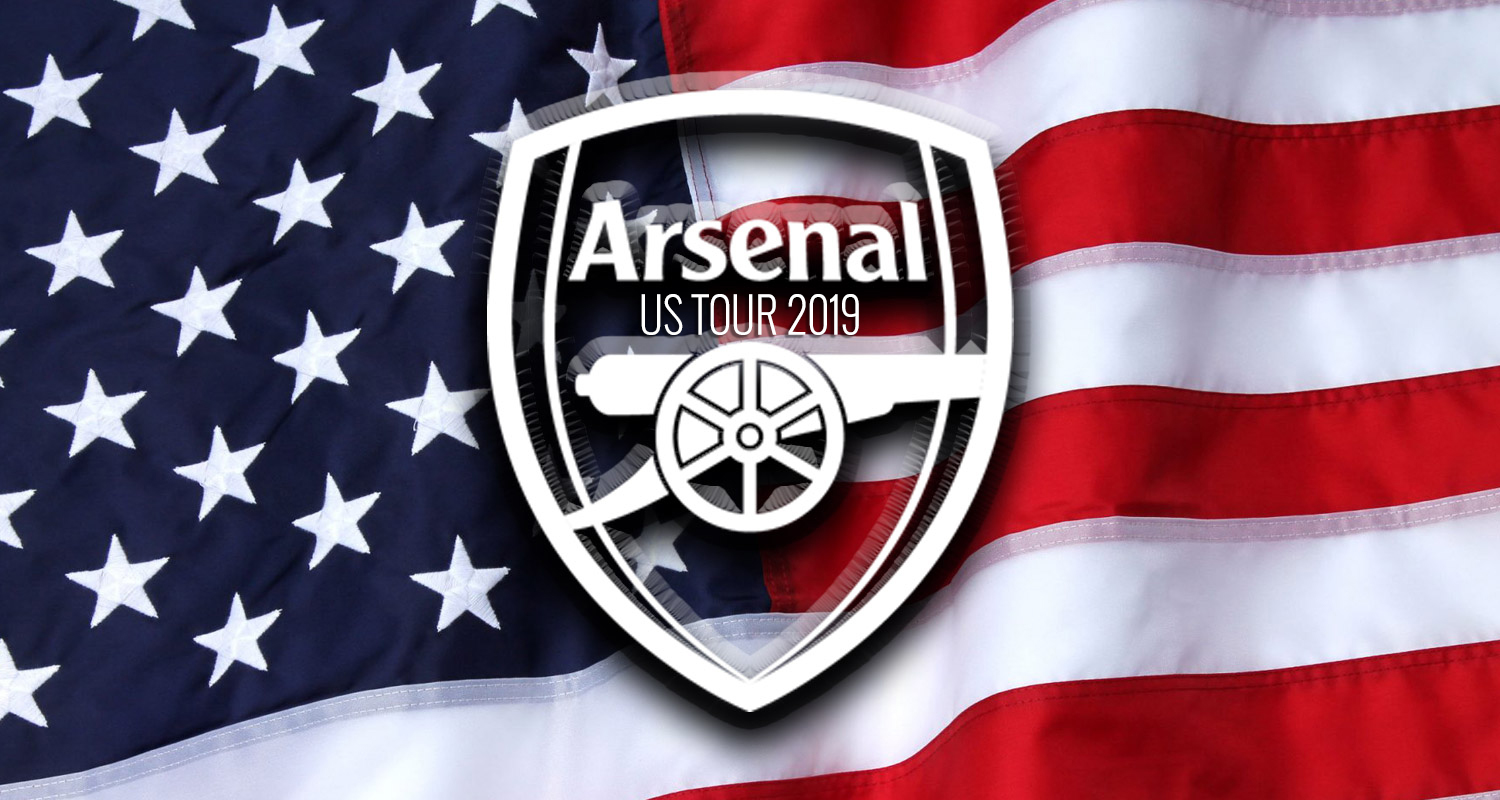 Far, Arsenal will be travelling far, as they’re coming to America this summer to play three games as part of the International Champions Cup pre-season tournament.

It’s a chance for the US Gooners to catch the team live and in person, and there’s a real spread across the country for the four fixtures.

Here are the confirmed dates/locations for the games.

Ticket information will be available on the official website of the International Champions Cup but they have some sort of pre-sale system set up already which you can register for now.

“Our ICC matches in the United States in July will provide the team with a high level of preparation going into the 2019/20 season, and also give us the opportunity to play live in front of our many supporters across this great country.

“We are playing against three of Europe’s strongest and most high-profile club sides in magnificent stadiums, which will provide some very exciting matches ahead of our new season.”

There has been talk of another game against Colorado Rapids, but that’s not on the ICC schedule, so if it happens it’s separate fixture.

We’ll try and find out about that as soon as possible.

Emery: It’s our responsibility to give youth a chance

I’ll be there for the Real Madrid vs Arsenal game.

Charlotte is just over 2 hours drive from where i live. D.C is just under 5 hours.
Can’t wait.

What happened to Match in Midwest?

It will certainly be a high profile tournament – higher profile for us, or for the Kroenke “brand”, is not certain. I guess he’ll be pushing Arsenal’s involvement in it against the backdrop of his other sporting interests as far as US consumption is concerned, but if it raises the club’s profile then it can’t be bad.

Wish there was a match a little closer to my locale, but I know there are tons of Arsenal followers in LA, DC, and the southeast that will love the chance to see the club in person. Great reward for everybody over here who gets up at 6AM on Saturdays and Sundays to follow the team.

Hey there, do you go to the Arsenal pub ‘The Londoner’ in Dallas to watch games too?

Haven’t been to The Londoner in quite a while unfortunately. Coaching two of my sons’ teams on Saturday mornings during most of the season. Great atmosphere every time I’ve been, though.

Was Colorado rapids not confirmed?

Good move by the club. Finally going to the US in a big way. Its an untapped market and frankly we’re behind the curve. Plus there’s plenty of opportunity to find and develop young talent in other parts of the Americas besides the traditional hunting grounds in Brazil and Argentina. One of the players I mentioned last summer we should have been looking at is Hirving Lozano the winger at PSV. Had an excellent world cup, could provide more options for our wide play. Within North America itself, football (soccer) is growing and there’s tremendous uptapped potential at 300m population… Read more »

NO mention of Granit Xhaka’s stunner against Denmark. I suppose if he were Torreira or Jenkinson, there would be immediately 3 articles. Jenkinson is the most perplexing. Average player and frankly needs to be sold. But somehow people tend to build him up bc he is a “gooner”. Plenty of the Academy players are “gooners” too. Not sure how that translates to on the field effectiveness. Too many delusional people tend to let that cloud their judgement and levity. Elneny and Jenkinson should be sold but finding a buyer is difficult bc they are (whisper) just not that great. Before… Read more »

Would be nice to see the side come to denver, where the owner has a stadium and a team already… but these things are cash grabs which mostly feature coastal stops.

Looks like i will be making the 8 hour drive to Charlotte NC on july 20. ?

I wonder if Stan will bother to turn up to even just one of those games in the US?

The club has just announced the Colorado Rapids matched will be played on July 15, 2 days before the Bayern clash.

Re: Colorado Rapids fixture, just got this e-mail: Arsenal will play MLS side Colorado Rapids in a pre-season friendly in Denver, Colorado on Monday, July 15. The match at Dick’s Sporting Goods Park, Denver will be the first of four matches we are playing in the United States this summer, with the other three matches forming part of our participation in the International Champions Cup 2019. The first team squad will fly to the United States on Thursday, July 11, and will be based in Los Angeles before travelling to Denver for our match the following Monday. … Our match… Read more »

This pre-season will be fun.