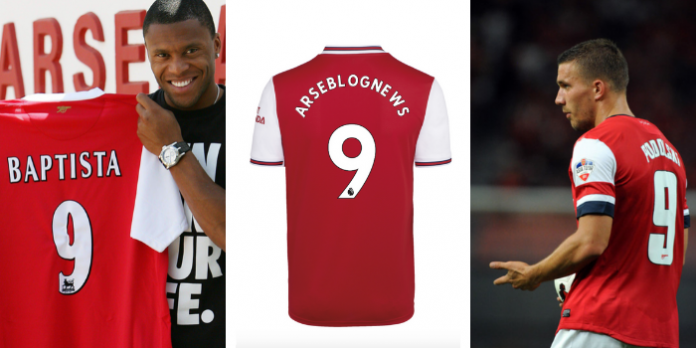 Arseblog News turns 9 today. We usually get the date wrong, so it’s a novelty to celebrate on our actual birthday.

Usually, at this time of year, we’d be reflecting on the successes/failures of a recently-ended campaign and wading through the usual silly-season transfer rumours.

Obviously, things are a bit different this summer. The world we knew when Arsenal last scored a goal feels like a distant memory and while we’re edging closer to a semblance of normality, the challenges presented by 2020’s events are likely to have long-standing ramifications for the game we love and it’s associated parts.

It’s hard to say whether this site would have survived or not had coronavirus hit when it was in its infancy. We love covering Arsenal and most, if not all of us, would continue doing what we do for free. Getting paid to write stuff we’d have read elsewhere has always felt like a bonus.

That said, it’s hard to grow if you don’t have any income. Revamping the apps, upgrading servers, bringing in new writers…these things all come at a cost.

Had we relied on the original model – cash generated via advertising revenue alone – the last couple of months would have been a bit tricky.

There’s no denying it, with very little happening in the last eight weeks, there’s been a significant downturn in our output on Arseblog News.

Thankfully, due to your support on Patreon, we’ve been in a strong enough position to maintain our editorial standards. At no point have we had to go chasing click-bait hits and it’s a huge relief.

Patreon has been a bit of a game-changer, so if you’ve signed up, we really owe you a big high-five.

Patreon member or not, we’re also incredibly thankful that you’re all so eager to engage with our work. The comment section on Arseblog News is one of the funniest places on the internet and that it (pretty much) polices itself, is a massive bonus.

It wouldn’t be a birthday post without our annual ‘State of the Arse’ address, so here we go…

I’m not entirely sure where nine years have gone, but it’s nice to be celebrating the occasion knowing that football can’t ruin the day. On my actual 9th birthday, Arsenal lost 2-1 to Wrexham in the FA Cup 3rd Round.

From the entire team, thank you again for your support and we look forward to ramping things up again as Mikel Arteta’s boys return to action in the next couple of weeks. ?

was it the same season crewe beat liverpool? and they bought rob jones?

1992, we finished 4th, failing to retain the first division title, we got knocked in the league cup third round by Coventry, and third round of the FA cup by Wrexham

Another fun fact is the fifth round league cup draw was held at Trump Towers NYC, with the home teams being drawn by Jimmy Greaves, and the away teams drawn by Donald J Trump.

Next year is the 30th anniversary of Sp*rs winning the FA Cup. We should help them celebrate!

Especially as it is also the 60th anniversary of them winning the league. A double to celebrate.

Let’s appreciate them, given how happy they make us.

Good point, though look above!

That Wrexham result still hurts me.

Congrats. This is the only website I visit for Arsenal news. I actively avoid other sites , twitter etc because I know I can rely on Arseblog to curate quality stories.

Except on April 1st! Always takes me longer than I’d like to admit to realise things are a little too surreal to be true…

Happy Birthday but that winker Micky Thomas still grates. Only the middle aged and older will get that.

The Dougan family is a big one

On my 9th birthday, Coventry beat Tottenham in the FA Cup final. I just googled that and now I’m smiling!

Hirty Burtday! At last Normality in print not that God damned normalcy!

Happy birthday Arseblog, you don’t look a day over 8…

Btw, has Cedric Soares returned to Southampton as seems the case according to Transfermarket?

Happy 9th Birthday, Blogs! This is how long I’ve been following your site for reliable Arsenal news. Keep up the great job! ??

Happiest of birthdays guys! Thanks for all work you put in and news you give out!

how many comments in the last 9 years?!

Ya Gooner
Reply to  @AAllenSport

Will the 1,000,000th commenter win a prize via an obnoxious popup window?

Naked Cygan
Reply to  Ya Gooner

crapaud
Reply to  Ya Gooner

Thanks for all the hard work!

As a foreigner ‘supporter’, read and interact through this forum is a way to get more closer and expand our view of the club as whole, e.g., posts about women football, the academy, and club governance.

Thanks again and keep going!

Congrats Blogs. With the world coming to a brink, I fully expect a massive turnaround of our fortunes on the pitch.