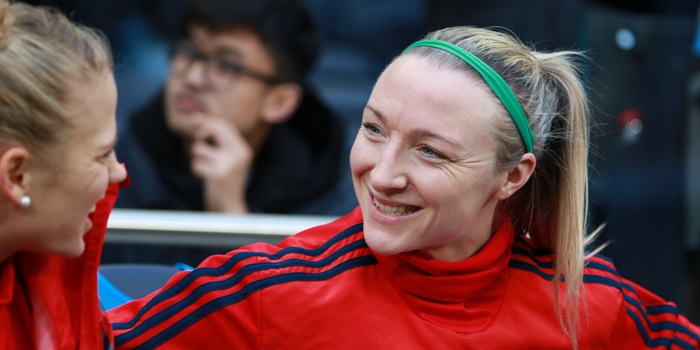 Fiorentina Femminile have finally confirmed the signing of Irish defender Louise Quinn. Quinn left Arsenal earlier this summer at the expiration of her contract having won a WSL title and a Conti Cup in her three year spell at the club.

The deal for her to join Fiorentina was sealed many weeks ago and Louise has been pictured with the squad already, but Fiorentina officially confirmed the move on their website today.

Quinn will play in the heart of the Viola defence alongside fellow former Gunner Janni Arnth, who joined the Serie A side last summer. Arsenal played Fiorentina in the Champions League in September, defeating them 6-0 on aggregate.

All the best to Louise on her Italian adventure.

Congratulations, Louise!
So happy for her, going to play in Italy. I will always be grateful for the stability and mental strength (and goals!) she brought to Arsenal Women at a difficult time.

What a beautiful move for her, I hope she has every success.

All the best of luck, Louise!