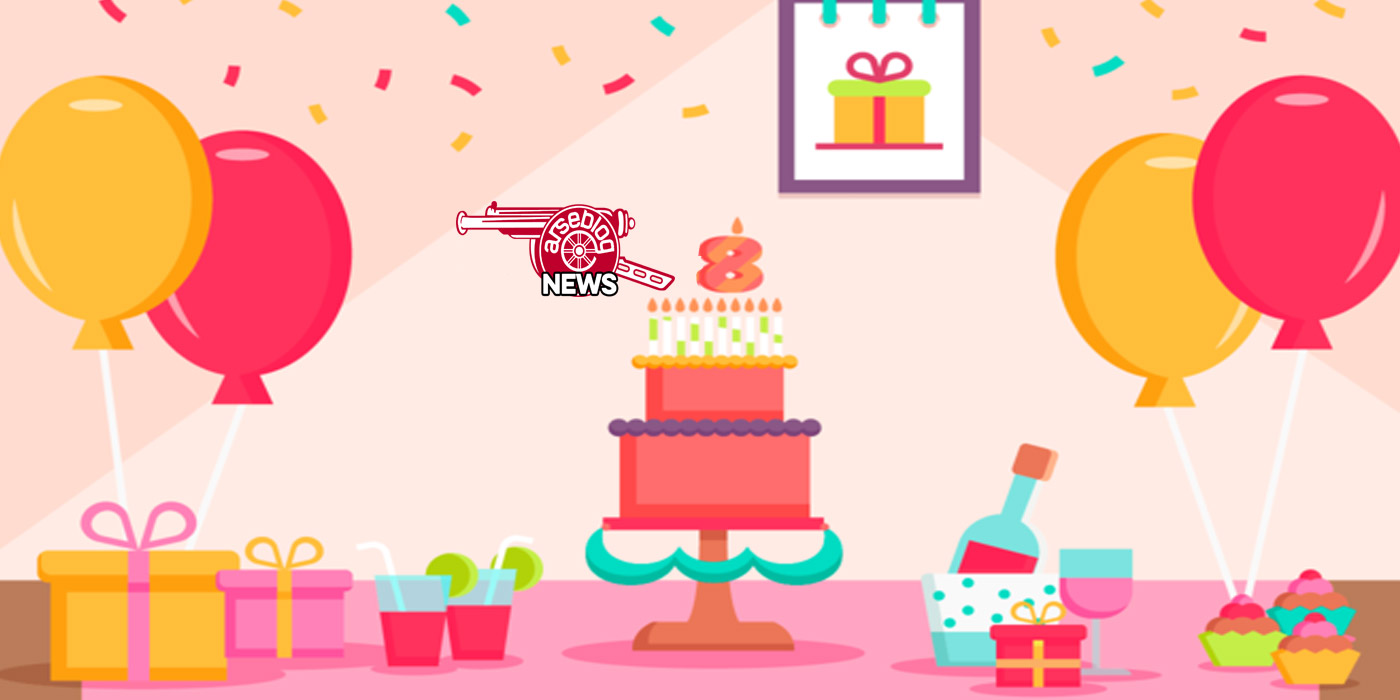 Blogs: “We forgot our birthday, again.”

Blogs: “As is the tradition, I’ll leave the post to you…”

I think we can all agree that this is terrifying. Where on earth did the time go? One minute we’re lamenting the 8-2 defeat at Old Trafford, the next we’re getting hammered in a European final on the edges of Asia. The joys of being a Gooner.

Of the Arsenal squad we started covering in 2011, only Laurent Koscielny and Carl ‘the Corporal’ Jenkinson remain … and we’ll be surprised if either is about to celebrate our next anniversary.

In the last two years, the rate of change at our club from top to bottom has accelerated so quickly that’s it’s almost been hard to keep up. Thankfully, that’s where we come in.

Without further ado, here’s our annual ‘State of the Arse’ address…

As always, a big thank you to the other contributors (hat tips to Hatta & Sam) who’ve chipped in along the way with match reports, analysis, translations and other features.

Their efforts combined with columnists Lewis and Arsenal Gent on the main site, Tom making sure the servers work and don’t explode, the player rating functionality, the apps and all the guests on the Arsecast with Blogs and Arsecast Extra with @Gunnerblog and you start to get an idea of how much of a collective effort it is to provide fresh, half-decent ‘content’ on a regular basis.

Our work hasn’t gone unnoticed and that fills us with pride. In December, we beat off some stiff competition (innuendo intended) to be voted ‘Best Fan Media’ at the Football Supporters’ Federation awards. That was pretty cool.

We’d also like to take this opportunity to thank all our members on Patreon. We’ve been going strong on there for about 16 months. If you like what we do here at Arseblog and you want to support it as well as getting extra stuff, you can sign up to become a member today for just €5 per month. You get instant access to all the extra content, which includes:

To sign up, visit patreon.com/arseblog. Your support there is helping us keep everything else free as it always has been, as well as making improvements and changes to what we can offer you – including expanding our coverage, redeveloping our apps (coming this summer) and more.

Finally, we’d just like to say thanks to all of you for reading, listening, commenting, sharing our stories, sometimes coming at us with pitchforks. You lot are Champions League, even if the first team isn’t right now.

Only 8? Feels like it has been around far longer.

Congratulations to all the team, top top content every day.

And excellent comments in the comments section (mostly).

A valuable resource for Arsenal fans, thanks very much.

Regardless, Happy Birthday Blogs-News! I’ll get a stripper, put her in a cake, bake it and send it to you asap!

…Pretty sure that’s the correct order.

Thank you for accompanying my daily commute for the past 5(!!) years since I discovered the blog.

Cheers for it all Arseblog news team and happy cakeday!

Nowadays I find more joy reading the news, than the blog.

What about Ospina? Who will cover that news?

C’mon Blogs!!! Corporal Jenko is here forever!! he’ll most like out live Stan K……lol…… Congrats on your “belated’ anniversary… Thanks for your great blogs that keeps us going and believing…. With Love from Nigeria!!!

Well done Blogs, Andrew, James and team. The only place worth checking for Arsenal news. Let’s hope we make some signings as a birthday present!

Many happy returns, keep up the great work ?

We all have a couple of pages we always open immediately when we go online, and arseblog (news) is one of them. Cheers!

I found this blog three years ago. To say that it is now a fundamental part of my Arsenal experience is an understatement.

Happy Birthday and thank you for all of the consistently exceptional content!

Thank you Blogs and team for investing your time and effort in running this blog. Here’s to many more years and hopefully we will all be celebrating trophies again (and bring back the good times to The Arsenal).

Truly one of the most inclusive sites and deservedly a leader in opinion and thought.

Been to a number of other blogs that if you held contrarian views you were censored or limited.

Which is great because those same sites (7amkickoff to name one) are then just full of sycophants. Everyone agrees on the same tune (often later they wonder why things haven’t gone the way they thought it would…statistically)

Congratulations and keep up the great work!

Happy B-Day, Arseblog!
And to many more returns!!

Wow
I joined in 2012 I believe. How things have changed.

Happy cakeday!!!!!! Wow this is sooooo Nice. But. Simone who konws wich deffenders we are going to play with this season?

Keep up the good work Blogs!

Hands down the best Arsenal related thing ever I’ve come across. It’s the first thing that I do in the morning when I’m sitting on the Plastic Throne ? Hell, even on my bad days i’m here ? No BS on this website, love the people commenting on here(Lord Bendtner being my personal fav). Btw we had the parade for The Raptors today. WeTheNorth (London and Torronnoo)

Congratulations Arseblog team!!! Happy Birthday and wishes for continued success. I’ll be here for the next…….well however many years we keep going together. I’m not going anywhere lol

Can we get Phil Collins to sing Happy Birthday Arseblog? That would be something special.

You’re not as good as Le Grove when it comes to breaking stories, but you’re doing a decent job. Keep it up.

Well done on getting the most downvotes, beating Santori above.

It’s an ongoing battle you have with Santori but you’re the winner this time.

I dunno what I did with my life before you guys… Thanks a million for your hard work!