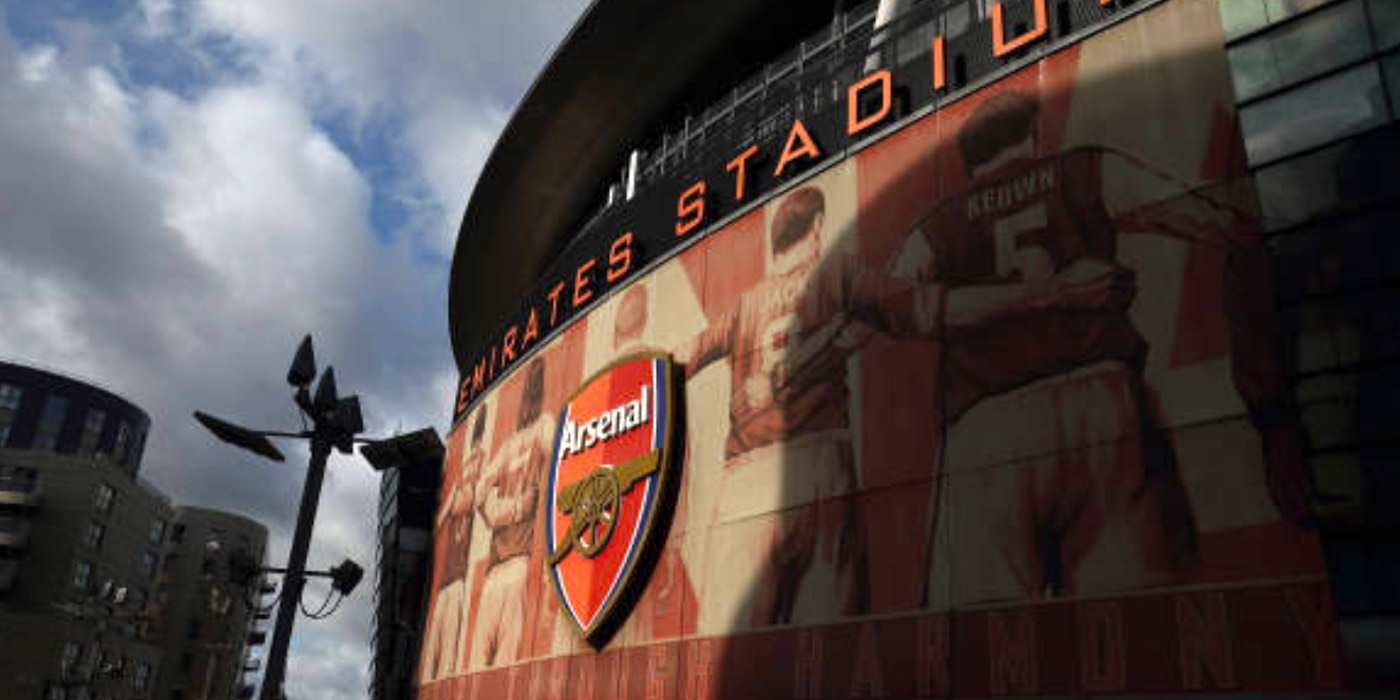 Arsenal no longer face a financial penalty for their role in the failed launch of the proposed European Super League.

Back in May, the Gunners along with eight of the other 12 clubs involved – Arsenal, Liverpool, Manchester United, Manchester City, Chelsea, Sp*rs, AC Milan, Inter Milan, Atletico Madrid – acknowledged the project was a mistake and accepted small fines.

The punishment was made up of a goodwill gesture to grassroots football – a total of €15 million shared collectively – and the withholding of 5% of future revenue generated by single participation in a UEFA competition. The English contingent also accepted a suspended £20 million fine and points deduction by the Premier League should they involve themselves in any such project in the future.

Three clubs, Juventus, Real Madrid and Barcelona, refused to play ball with UEFA and went to court in Spain where it was subsequently ruled that they could not be punished by Switzerland-based UEFA and FIFA, who had threatened to ban them from European competition. The case was also notified by the Madrid-based judge to the European Court of Justice in Luxembourg.

As a result of the judgment in Spain, UEFA has decided not to pursue a potentially drawn-out and costly legal case the trio and yesterday confirmed: “The UEFA Appeals Body has declared today the proceedings null and void.”

The statement added: “UEFA maintains its view that it has always acted in accordance with not only its statutes and regulations, but also with EU law, the European Convention on Human Rights and Swiss law in connection with the so-called Super League project. Uefa remains confident in and will continue to defend its position in all the relevant jurisdictions.

“UEFA will continue to take all necessary steps, in strict accordance with national and EU law, in order to defend the interests of Uefa and of all football stakeholders.”

While the proposed punishments were, at best, token, they at least reinforced that the Super League had gone against supporter sentiment (while simultaneously making UEFA look strong).

Whether the decision in Spain will embolden Europe’s biggest clubs to start plotting another breakaway remains to be seen. It seems likely that the English contingent will keep their heads down for a while as they look to rebuild trust with their customers. The same can’t be said for some of the other clubs. For months now, Real Madrid president Florentino Perez has insisted his Super League dreams are not dead.

Good that we aren’t getting an American franchise system to benefit the owners and to take out competition.

Though seeing Sp*rs come bottom of the league each year would have been funny.

Azeez Is Good
Reply to  C.B.

I dunno, Barca just might be even worse than Sp*rs.

Ah, Barca and Spuds in turmoil as we turn the corner on our rebuild.

Raje
Reply to  Azeez Is Good

Azeez I admire your optimise

Do you think there is no competition in the NBA? Did you watch “The last dance” for instance ? The Super League wasn’t a bad idea.

English/British football is based on the premise of the pyramid (unique in the world) and also relegation.

There’s no ultimate jeopardy in US sport apart from the Franchise moving to another place (which is a very big f*cking deal in England).

Under the Super League, Arsenal would have eventually ended up in LA.

Connection to place is fundamental.

Have a look at some of the clubs, grounds and attendances of the 2nd tier of non-league, let alone League 2.

In the end, seems like UEFA can’t do anything to these 3 big clubs. Čeferin looks like a joke after all.

Don’t think this is on UEFA. Seems pretty clear that the law does favour the club’s right to breakaway in this case. In any other sector that makes sense, it’s just unfortunely that sports isn’t recognised as a special case at the moment. Luckily fan organisations stepped in, so we didn’t have to fallback on the courts to kill it this time.

Now get your cheque book out again. January would be good.

Curious. Who should we go for? A CM perhaps but we will have to sell too.

I wouldn’t have thought a CM or an AM wouldn’t do the bid for top four any harm at all. It’s whether or not anyone decent would be available at a reasonable cost.

Yeah, we’d have to sell of course. Perhaps trying to find another home for messrs Elneny Cedric and Eddie would be useful.

I would look to move on Leno, Laca and Mari, but not until the summer. At the moment, they’re all useful back up squad for our ECL qualification push.

* I would have thought

You’re probably looking at a big summer signing there.

And quite right too, it’s none of UEFA’s business who Arsenal or any other team play. The Emirates cup isn’t played under UEFA’s banner and they never object to that. UEFA and FIFA are governing bodies and their role should be to codify a standard set of rules and administer the game. They shouldn’t play any role in the promotion or profiteering of any match, let alone competition. This is how you have 2 teams from London travelling to Asia for a Europa league final and why FIFA is trying to push through World Cups every 2 years. The whole… Read more »

It’s just a bunch of rich fucks on both sides shouting across the Lords’ round of who owes who another ivory back scratcher while they all inevitably fuck with the little people – “the fans”, who are the only reason by of this exists. Incompetence repaid with impunity. Clubs aren’t better than uefa/fifa and the reverse isn’t true either. As always vultures feeding of the carcass of the middle and lower classes.

The fans relationship with the clubs has been the same for the last 130+ years. If a fan has wanted to watch their team they’ve had to pay for the privilege, either by buying a ticket or more recently a subscription to a TV station. The only thing that changed is technology and scale. The governing bodies on the other hand have morphed from administrative duties to promotors and financial stake holders, which makes them corrupt. UEFA and FIFA and now more concerned with how many tickets have been sold, negotiating sponsorship deals, making sure those sponsors are happy and… Read more »

Yeah clubs have no responsibility to the state of global football!? Chelsea, man City, psg, barca, Real have basically turned the game into a real life “football manager” for elites to brag about. We don’t get off scott free here either. There is no way we’re following FFP right now. I agree the bodies are corrupt money siphoning scum bags too, which was exactly my point – both sides are guilty and complicit with media scum like murdoch.

Paying for football is one thing. Making almost inaccessible to the majority of fans is another…

Football has never been more accessible. Technology has enabled football to scale up over the last 20+ years which has in turn increased revenue and costs, but this is what happens as a result of globalisation. The paying audience of a club like Arsenal has gone from anyone within a 2 hour radius to anyone with an internet connection, from millions of people to billions. Arseblog certainly isn’t the platform to complain about the globalisation of football as it is the globalisation of football!! A one issue channel whose subject is an English football club, hosted by an Irishman in… Read more »

I think the biannual World Cups is great for the football world, but Europe, u guys just need to suck in the anxiety and have a consideration for the dreams European clubs are selling to millions of aged kids all over the world. This could improve the quality of global audiences, saving football from turning into a soap opera with the CR7s FM and FPLs. All for all, the Euros n WorldCup mean that Europeans are privileged a major tournament every 2 yrs, the ROW will not catchup any soon due to various reasons and climates. For the above and… Read more »

Look further into it; people are paid to advance the game to greater heights.

But as i said the target is for Fifa to realise the potential football has.
Then there are dreams of host nations, generational squads n talents ……
Also the youth tournaments n other blah blah are what balances the bank ac.

Slow to start, slow to finish

What a joke. Plutocracy and hypocrisy reigns supreme!

Okester
Reply to  Slow to start, slow to finish

I had to look Plutocracy up….

Dublin Gooner
Reply to  Slow to start, slow to finish

Why is it hypocrisy? Does it not follow the same logic that applied to the Bosman decision? My only problem with the concept of the Superleague was that it would have been a “closed shop” (and that it included Sp*rs, of course)

Daveo
Reply to  Slow to start, slow to finish

Boo hiss to the super league

Reminder that we beat the spuds and it’ll be memorialized in that Amazon special so we can all watch it again and again.

At least it is fair for all now….otherwise only manu would miss the penalty