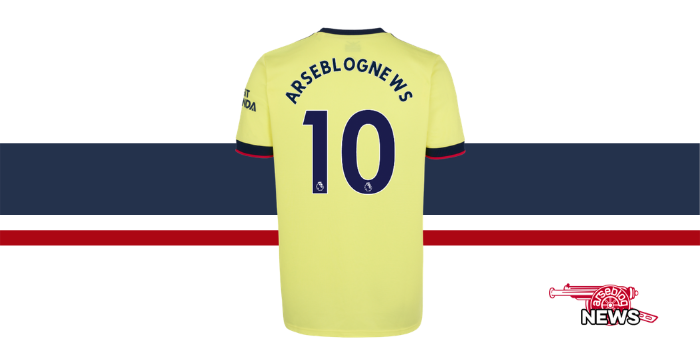 When Arseblog News launched in 2011, we didn’t envisage Per Mertesacker and Mikel Arteta – two of the first transfers we covered – still being at Arsenal a decade later. That they currently head up our academy and manage the first team sums up what a barmy period it has been in our club’s history.

Interlulls aside, there’s never a dull moment following the Gunners.

When Blogs first invited me to get involved in this project, rescuing me after I’d just been made unemployed, we knew we were onto a good thing. He’d already spent nine years nurturing an incredible community and there was a growing feeling that good quality, club-specific news content would go down well at a time when clickbait tactics were all the rage amongst tabloid sports desks trying to carve out an online presence.

In my opinion, the quality of football content has been taken to another level in recent years and thanks to your clicks here and the support you give us on Patreon, we’re doing a pretty decent job at keeping up with the competition.

Tim’s coverage of Arsenal Women is unrivalled, nobody knows Arsenal’s next-generation like Jeorge and the number-crunching, data viz and tactical analysis by Tim, Scott, Dom, Jon, Lewis and Phil (some here, others writing on the main site) has been mind-blowingly good in the past 24 months. Regaining the ‘Best Fan Media’ title at the FSA awards in March felt particularly sweet because I know how much work went in during a gruelling campaign.

Our job is certainly made easier by the fact the Arsenal beat is blessed with a number of cracking journalists both established and up-and-coming. Like the other supporter-run sites, we have to acknowledge how reliant we are on their access to the club and the reporting they do.

A tip of the cap must also go to all those behind the scenes – especially Arseblog Tom – who drop whatever they’re doing at short notice to keep the platform running, provide cover, help with translations and tip us off about potential stories.

Finally, thanks to all of you for reading, listening, commenting, sharing our stories and being part of the roller-coaster Arsenal experience.

Will we still be here in 10 years time? I hope so. Who knows, maybe Hector Bellerin’s Gunners will be celebrating Champions League success by then.

Before we head out for jelly and ice cream, here’s our customary State of the Arse…

CLICK HERE TO BECOME AN ARSEBLOG MEMBER ON PATREON

Many congratulations, thanks to all of you!

Many Congratulations to Andrew and the team. You have always been an oasis of intelligent, informative and interesting content in a desert of tabloid and media click bait crap.

Something Arsenal related that we can all be genuinely proud of.

Never really go on it. I mean, why waste your time typing posts to strangers just so you can get a shred of self respect from a few digital thumbs up?

Pretty pathetic when you think about it. The bastion of the lonely.

Totally unrelated, but does anyone fancy a drink this Friday?

You speak for yourself pal. 🤣

Off topic, I would like Arteta to take the Everton job and we get Conte in.

#Me too, for the downvotes.
Only missed just fews days since it started. Even on vacation, as soon as the internet is around, one of the first thing I do.

Congratulations team!!
Thanks for all the content in a non clickbait manner over the years!

My clickbait comment of the day:
Saka in Euros, me explained here that his ability to play LB was critical.
Arseblog comments section got experts.

It did strike me that after running a whole blog piece on how Saka would enjoy a summer of rest, they have been very quiet about his inclusion in the final squad…
‘don’t mention it lads, maybe nobody will notice..’ 😉

Perhaps this was all part of Blogs’ grand plan. He expressed an opinion on the arsecast that his inclusion would be good for development… posting an article about his absence virtually guaranteed his inclusion

Congratulations, Andrew(s)! Great job – much appreciated by me and I imagine many others who want a reliable – well written – site for Arsenal news. Long may it continue!

Without Arseblog I’d be stuck in mid-table mediocrity, or in an Asda Own-Brand Flavourless-Yogurt Relegation Pre-Qualifier. Arseblog and my morning coffee: a dream midfield powerhouse

I check Arseblog news everyday (often several times a day, depending on how boring work is / my bowel movements) and don’t bother reading any other Arsenal sites. If it’s not on here, it’s not worth knowing.

My go to blog for venting out my frustration or to express/ share the joy.

The only place for balanced and reliable Arsenal news. Does this mean Blogs is facing a big birthday soon too?

Haven’t been on the official site in ages. All you need is arseblog. Thanks and congrats for everyrhing!

Happy Birthday and keep up the fucking good work! Thank you

Congrats to all involved – the quality of content hasn’t wavered since year 1, and has played a huge role for me in feeling truly connected to a club while being physically apart. You’ve set the bar for fan-driven content, and keep me unashamed about being a part of the Arsenal fan community (despite Twitter and unnamed sensationalists’ best attempts). 10 goodly years more!

Thank you for all your work. Since my uncle showed me arseblog, i haven’t skipped it once
COYG

8 more years and I will buy u a pint. Thanks.

🙌 Thanx everyone. Must say that i visit many times everyday. World class. 🙌 Let’s just start with signing my fellow countryman Martin Ødegaard permanent.🙌

Congrats to all involved! Fantastic work and not at all click-bait reporting, which is so refreshing.

Congratulations to you guys.

This is my go-to place for Arsenal new. A big shout out to the pool-o-meter and you guy’s sense of humour.

Huge congrats all, what a fantastic milestone.

I can honestly say that Arseblog and all the work you guys put into this fantastic site along with the readers (most of them 😉 ) are a big part of my life so thank you all very much.

Cheers Andrew, James and everyone who contributes 👍👍

A Very Happy Birthday.
Thank you for all the hard work you do to keep us involved, informed, and amused.
I don’t have the imaginative capacity to try to figure out what on earth I’d do without this wondrous source.
Keep on doing what you’re doing, it’s such a pleasure to listen, and read.

Excellent content. Always and since the beginning. Except for the Transfer Round Ups- those are full of shit!

*Gets coat, sees himself out.

Jokes aside, here’s to many more years of Arseblog. Congrats!

First thing I check on my phone everyday!

Numero for me 🙂 good work to all involved

Congratulations to the team! A site where reliable news reports are appreciated. 🎉🙌

Congrats, and thanks to all.

Oh and the quality of course can’t forget that

You forgot the one and only Graham Dougan!

Hard to believe it’s been 10 years. Like many of you I have been an avid reader the entire time. Thanks to all who have made it a special source for news about the best club in the world. That includes the community of commenters who have provided some great insights along the way and some hilarious lines.

Just like Tierney loves his Tesco bags and Ryo loved his training cones, I love Arseblog News and (most) of my fellow reader-commenters. Here’s to another decade!

I just got home from celebrating my daughter’s 10th brithday in Central Park. Love her. And, love Arseblog!

Fantastic.
I just want to say that 10 years is a looooong time to be putting up with this shit-stirring lot!

Thank you ever so much for not chucking it in!

You have provided us all with a home where -by no small feat- actual dialogue manages to happen in spite of the internet’s entropy.

Congratulations Team Arseblog!! You have done a wonderful job. Respect

Congrats! Fuck… I’m still in the same job I was then.

Congratulations on the landmark. I wish I’d found this website sooner.

What I find most impressive is not simply just that the articles are good in quality. It’s the fact that the content is produced by a group of talented individuals located across the globe.

You were already remote working before it became mainstream.

Thank you, for giving us a platform to express our opinions and not be abused for it.

And thanks for keeping us sane through out so many years with daily articles blogs.

Happy birthday! Thanks for all the great news, features and humour!

Big love and Big thank you, too <3

Love You guys. Here’s to more years.
It’s why I’ll always have a soft spot for the dude that introduced me to this site.

Would be lost without Arseblog news. Forms an integral part of every day. Thank you team!

Thanks to all at Arseblog. You are more than just a fan site; you are unfailingly on the side of decency and tolerance. Except for Sp*rs of course. I’ve been a supporter since 1951 and I’ve seen it all – certainly some of the most mediocre Arsenal teams ever during some periods. You are my first recourse for Arsenal news.

Wow, someone who makes me seem young! I wasn’t born until 1954 but my dad started taking me to Highbury when I was small. I totally agree with you that there was some mediocre (polite way of saying piss-poor) teams over the years, though, at least we never got relegated. In those days, even if a player was rubbish, they were OUR rubbish! Given the way a section of our “fans” carry on, no doubt with expectations from the early days of the Wenger era, if I were a pro footballer I wouldn’t want to play for Arsenal. But it’s… Read more »

Deep thanks to the whole team for all your hard work! Even more so, throughout this pandemic, it has been a real blessing to have something one can rely on, and I am not sure there has been much more reliable than Arseblog and Arseblog News.

Congrats to you and your team! Excellent work over the years.